According to a report from the Oak Lawn Patch, four men were arrested in connection to an early morning robbery on July 10. At around 1:12 a.m. on July 10, police responded to a call that three people were robbed at gunpoint by two men. Both alleged gunmen reportedly fled in a Ford SUV. Police canvassed the area and found an SUV that matched the description. After following the vehicle briefly, it was stopped, and the police recovered the stolen property and a weapon from the SUV. The victims identified the men as the robbers. 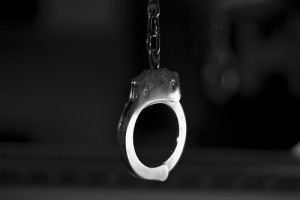 Robbery  and Accomplice Liability in Illinois

In general, robbery in Illinois involves taking the property of another by using force or by threatening to use imminent force. If, during the robbery, the defendant either carried a weapon, discharged a firearm, or discharged a firearm within proximity to the crime that caused great bodily harm or death to another person, it is considered armed robbery. Additionally, Illinois treats the robbery of a motor vehicle differently and considers it vehicular hijacking.

A robbery charge can become an aggravated robbery charge if  the defendant takes the property of another by force or threat of imminent force and either verbally indicates that he or she is armed with a weapon, or the defendant drugs the victim without consent using a controlled substance.

Contacting an Attorney For Help

Defending against a robbery charge requires the help of an aggressive defense attorney like David L. Freidberg, since most of the prosecution’s case hinges on eyewitness testimony that may be flawed.  David L Freidberg has 17 years of experience defending against criminal charges in Chicago, and he can put that experience to work for you if you are facing a robbery charge.  If the charge becomes aggravated robbery, the possible penalties are serious – up to fifteen years imprisonment. Contact our Chicago, Skokie or DuPage County office 24/7 at 312-560-7100 to schedule a free initial consultation.