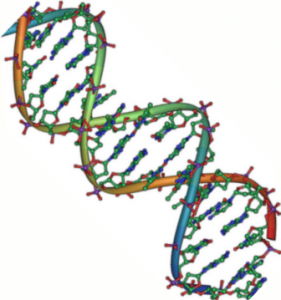 Justice delayed is justice denied, but in Illinois time can be a great solver of complex puzzles thanks to the use of DNA technologies. Recently there was a case in which a rape suspect was allowed to roam free thanks to a late identification of his DNA results. Criminal defense lawyers are also understandably concerned about the possibility that the interests of justice are not served best by inordinate delays. However there are instances where a delay could actually give the defense some space to mount a successful challenge to the evidence that has been presented by the prosecution.

The instant case was that of Javariee Reed (27) who was charged with sexual assault for an incident that occurred in 2007. The victim as 15-years old at the time of the incident and mentally disabled. The reason for the significant delay was the negligence of the South Suburban Police Department which had failed to act on information that was provided to it by the Illinois State Police about a possible DNA match. The case illustrates how a few mistakes on the part of the law enforcement agencies can lead to significant problems for not only the victims of crime but also criminal defendants.

The community was horrified that a rapist could have been on the loose for nearly a decade because of police incompetence or oversight. The Cook County Sheriff’s department had to be called in to assist due to financial constraints. This was a case of cost efficiency negatively impacting on the final result which justice. To make matters worse from a Country PR point of view; the suspect has a significant criminal record which includes burglary, theft, and illegal possession of a firearm. The case is one of a growing number of historical cases that are being resurrected thanks to advances in DNA. For example five people have been charged with sex crimes dating as far back as 2006. An investigation showed that information relating to about 55 rapes that goes back as far as 1986 was not properly submitted to the Illinois State Police for testing. Even where there 121 tested rape kits, the police department did not do much about them.

Such ineptness makes the prosecution of rape cases even more difficult than it already is. Victims complain about being on trial and have to discuss very private and intimate matters in front of hostile defense attorneys. The delays such as the ones described above will make it even more difficult to successfully prosecute these cases. On the other hand the defendant is placed in a complex situation in which they have to answer historical charges where the evidence could have been tampered with. It is also a form of punishment to have so many years without clarity about their status and the progress of the case.

Others are less convinced by the state agencies which claim that the complexity of the investigative process is to blame for some of the delays. DNA is a pretty much cast iron piece of evidence. If there is a match, there is no getting away from it save from arguments about contamination through the chain of custody. In this case the rape had been submitted and the suspected was already on the state police database once the probation officers had collected a sample relating to another case. The availability of all the necessary information was no guarantee of an early prosecution in this case which has implications for both the state attorney and defense attorneys that have to handle historical cases.

If you are fighting a criminal charge you need the help of a successful, experienced attorney. Call Chicago Criminal Defense Attorney David Freidberg at (312) 560-7100 now.