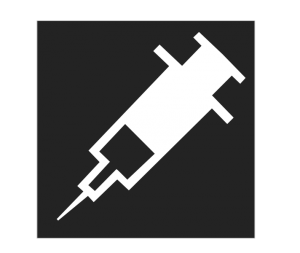 Recently there has been some legal argument as to the criminal consequences of heroin-related deaths in Cook County and DuPage County. This country discusses the possibilities and limitations of criminal liability. The case of 21-year old Christopher Houdek is interesting.  Apparently he and a girlfriend Adrianna Diana (20) cooked and injected heroin. The next day she found him unresponsive. Paramedics were summoned, but the victim died in hospital. The County Coroner ruled it an accidental death by heroin intoxication. The prosecutors disagreed and charged Diana together with two dealers with homicide. The story becomes even more tragic in as far as one of the defendants (Diana) died from an overdose whilst out on bail.

This case is a real trial for the criminal law in Illinois. It raises the prospect of vicarious criminal responsibility as well as safe custody. It could be argued that Diana was a victim too, particularly if one considers the dealers to be the ultimate villains in this case. At the same time both people who died were adults and there is no evidence to suggest that they were forced by the dealers to consume the heroin. Likewise it must not be forgotten that heroin is a controlled substance in Illinois. Its procurement, sale, distribution and consumption can constitute a criminal act. Sadly the case is not unique. Between 2013 and 2015, there were over 2000 fatal overdoses in Illinois. The law is complicated further by the fact that the involvement of large scale supply chains makes these acts subject to federal and international law.

That then leads us to consideration of the war on drugs and minimum sentencing. It is entirely possible that someone that is involved in a low scale drug abuse crime could be sentenced to very significant terms of imprisonment particularly if they have done it before. That is why President Obama has been at the forefront of granting pardons to those who have fallen victim to the indiscriminate minimum sentencing that stands accused of severely restricting the discretion that ought to remain with the judge in a given case. The time has come that even law enforcement agencies are openly campaigning for rehabilitation as opposed to imprisoning virtually anybody that is caught involved with the drugs industry.

On the other side of the spectrum are those who roundly condemn the dealers and argue that their sentencing should be on par with murder. The law in Illinois has not yet taken up that position fully. However there is a limited pathway that prosecutors can use to achieve the same result. In any case the mass incarceration of nonviolent offenders (regardless of whether they are dealers or not) could contribute to the escalating problem of overcrowded prisons in the state. The law is best served when it is clear and fair. Calling something murder when it is blatantly not; might temporarily satisfy the baying mobs and grief-stricken families of the victims but it will eventually lead to a generalized disrespect for the law.

A Warning for Criminal Defense Attorneys

It would appear that the state attorneys in Illinois have taken a hardline stance to drug dealing. For example prosecutors are increasingly filing homicide charges based on drug-induced deaths. By 2015 the law which was first reviewed in 2003 had experienced an increase from zero to 13 successfully prosecutions on this unique charge. Indeed the Chicago Police Department is considering expanding the use of the charge. This means that criminal defense attorneys will have to be prepared to represent their clients on much more serious charges than mere drugs supply. In any case the moral and legal boundaries are becoming increasingly blurred. It is hard to tell who the real victims and culprits are in drugs cases.

If you are looking for an experienced attorney for your criminal case, call Chicago Criminal Defense Attorney David Freidberg at (312) 560-7100 today.