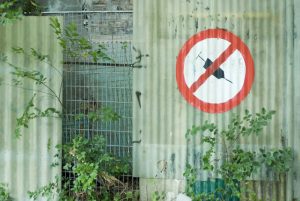 Local agencies in Illinois are getting concerned about the increasing use of designer drugs, particularly as it relates to driving offenses. Incidents of bizarre behavior that is clearly out of the ordinary are being reported regularly. It is almost as if there is something in the water but the truth is much simpler; drugs are to blame and the law enforcement agencies are of the view that it is about time someone did something about it. The clinicians call it Alpha-PVP while the street-smart call it Flakka. Although this is a relatively new drug, it is noted for its highly addictive qualities. Some have compared it to Bath Salts, but it is much worse. Dozens of overdose deaths are being reported or suspected, and the strange behavior that it induces in its fans includes running around the streets in the nude.

Worse still, Flakka is a combination and co-dependency drug which is preferred by those that are already heavily addicted. The challenge for the law is whether to deal with production, consumption, or distribution or all of them together; the latter being a complex and resource-heavy task. To make matters worse the designer drug trade is based on the ability to create permutations and versions of the same drug using various combinations of the active ingredients. Consequently these research drugs are outside the current specifications of the law and yet they are as dangerous (or even more dangerous) than their parent counterparts. The shipping trail starts all the way to Asia before making its clandestine journey all the way to Illinois. A lot of disguise and misrepresentation is involved since the narcotics and stimulants are disguised as legal products, hence evading the legal controls.

Should the Federal or Local Government Crack Down?

On one hand, this is a local problem that would ideally have localized solutions. On the other hand, there is a belief that this is a national problem that must be handled at the federal level. In any case, the criminal penalties at the federal level are likely to be more punitive. The model that was used for synthetic marijuana might provide the legal template for how this problem should be tackled. Flakka is not without its supporters who revel in its euphoric effects as well as the increased libido. On the downside the excited delirium that is typical of the drug leads to psychotic behavior which represents a danger not only to the person consuming the drug but also the public at large. It is now clear that Flakka will soon overtake cocaine at the top of the chain of felony drugs within Illinois.

In terms of potency, Flakka is nearly ten times more powerful than cocaine and yet costs about 0.5% of what the same amount of cocaine would cost. It is a deal that is irresistible to drug dealers and traffickers. For the addict, it offers a quick high with some additional benefits, yet society pays the cost of having dysfunctional people out in the public. When Flakka mixes with irresponsible driving then it creates a dangerous mix that is hard to control. The problem with the law in the USA (and in Illinois specifically) is the fact that it was written to suit the circumstances of the time. For example there are specific substances or drugs that are tested for and prosecuted, yet the list of possible stimulants continues to grow. At a time when the police in general is being challenged about its civil liberties credentials, legislating against designer drugs like Flakka is going to be a tall order. If you are charged with a drug crime and need an accomplished, expert attorney to handle your case, call David Freidberg Attorney at Law at 312-560-7100 to protect your freedom.