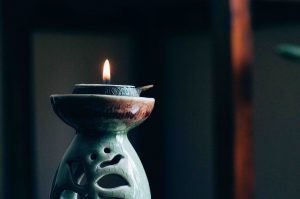 South suburban Orland Park was home to a massage parlor that was recently closed. One of the masseuses has been charged with prostitution. 53-year-old Jihua Dun allegedly propositioned an undercover police officer, offering to perform a sex act in exchange for money. The former employee of Ty Spa gave the massage to the officer on March 7.

Law enforcement was prompted by complaints from patrons. According to a press release by the Orland Park Police Department, certain spa employees were “unlawfully touching” and propositioning customers. After allegedly propositioning the undercover officer, investigators entered the business and arrested Dun. She was released after posting bond and will appear in court mid-April.

The business license for the spa was immediately revoked after the arrest. The future of Ty Spa depends on the outcome of a pending hearing before Village officials. According to police, three years ago, a spa called Zy Massage was listed at the same address. It was also shut down because two employees were charged with prostitution. A police spokesperson said it was common for a new unrelated company to open in a location previously occupied by the same type of business for commercial purposes.

A knowledgeable criminal defense attorney in Chicago can help you if you are facing charges of prostitution or any other sex-based crime. People may be familiar with prostitution, solicitation, keeping a place of prostitution and pimping. But what is pandering?

The Difference Between Pimping and Pandering

Pandering and pimping are two terms are often interchanged incorrectly. Pimping occurs when someone benefits from acts related to prostitution. Pandering is the act of acquiring a prostitute or a customer for a prostitute. Essentially, someone operating as a pimp oversees prostitutes and takes a percentage of the money obtained from customers, also referred to as “Johns.” The darker side of prostitution involves a pimp coercing another person into performing sex acts with a third party. The coercion could be blatant, forceful, and physical, or it could be more subtle.

For example, a man consumed with his ambition could convince his girlfriend or wife to engage in sexual acts, so he can advance his career or standing in society. On the other hand, a panderer acquires prostitutes and acts on behalf of the pimp in most cases. He or she facilitates the meeting been the prostitute and the John. A panderer also acquires Johns for the prostitute. For either the pimp or the prostitute, the panderer is acting much like a recruiter or headhunter.

The panderer, however, is no less innocent than a pimp and can also behave violently to get people involved in a life of prostitution.

The act of exchanging sexual acts for money is prohibited in Illinois. If convicted, you may face fines, probation, jail time, community service, or even mandatory registration as a sex offender, depending on the circumstances. Subsequent offenses can result in enhanced penalties.

Even if no sex act was performed or no money exchanged, you may still face charges of prostitution. By merely agreeing to receive or give sex for something of monetary value, you could give the prosecutor just enough to file charges. You need a lawyer who will not judge you and is on your side. If you have been arrested for a prostitution-related offense in Chicago, contact criminal defense attorney David L. Freidberg. Call (312) 560-7100 or schedule a free consultation today to learn how he can help.