As most of us are aware, people confess to many things on Facebook. Secret loves, bad habits, hidden longings; it appears that nowadays, nothing is too private or personal to appear on social media. While some may consider such confessions to be tacky—or at the very least, in poor taste—a Florida man recently went a step further by posting a photograph of the young wife he had just murdered, along with a confession—of sorts. While most Americans are long-past the point of being shocked by the daily news, this latest bid for attention has startled even the most cynical. 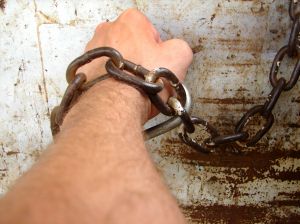 Derek Medina, a South Miami resident, could possibly have benefitted from taking his own website a bit more seriously. That website, called EmotionalWriter.com, markets Medina’s self-help books on effective communication and marriage counseling tips.  A little over a week ago, Medina was apparently engaged in a verbal dispute with his 26-year old wife, Jennifer Alfonso. According to Medina, he pointed a gun at his wife, at which point she walked away, returning minutes later to inform her husband she was leaving. Medina then confronted his wife who reacted by “punching” him. Medina once again pointed his firearm at his wife, who responded by grabbing a kitchen knife. As Medina attempted to take the knife from Alfonso, she once again began hitting him, at which point he fired multiple shots from close range directly into her body.

Medina then took photos of his wife’s dead body and wrote a note which stated “I’m going to prison or death sentence for killing my wife love you guys miss you guys take care Facebook people you will see me in the news my wife was punching me and I am not going to stand anymore with the abuse so I did what I did I hope u understand me.”  The photo and the note were then posted on Medina’s Facebook account. The image was online for approximately five hours before Facebook employees removed the photo and disabled both Medina’s FB page as well as his wife’s. Even more bizarre, the couple’s ten-year old daughter was in the house at the time, although she was reported to be “unharmed.”

If you wonder why on earth anyone would post photos of their murdered wife it is likely you are not alone. Psychologists attribute this need to (over) share with the poster’s need to feel important or powerful. Unfortunately, Medina is not alone in his quest for attention. A 2011 rape of a 15-year-old girl was discovered after the four teens allegedly responsible shared a photo of her online and through text messages. Again in 2011, a Pennsylvania teen pled guilty to raping an inebriated 15-year-old girl then posted a message on Facebook asking for a hit man to kill the girl.  As a result of these types of stories, Facebook has been used to catch those Floridians suspected of illicit behavior with increasing regularity, becoming a tool for identifying criminal behavior and catching those responsible for crimes ranging from theft to poaching.

Of course, criminals have been publicly confessing long before Facebook came into being. Jailhouse confessions and barroom braggarts are rife in the world of criminal defense. Social media has simply given those people a different kind of platform, allowing them to share their misdeeds and brag about being bad. While millions of people use social media in a totally healthy manner every day, for others the ability to communicate with others without seeing or hearing them makes it harder to remember that actions come with consequences. In fact, following his Facebook posting, Derek Medina drove to see his family, telling them what he had done, then turned himself in to the police. Medina is currently being held without bond under preliminary charges of first degree murder.

Chicago violent crimes attorney David Freidberg strongly advises those who may have committed an illegal act to stay away from social media. David Freidberg has over two decades of experience defending those charged with all types of criminal offenses, both state and federal. Because a criminal record can create a multitude of negative—and far-reaching—consequences, Mr. Freidberg is committed to bringing his clients the very best defense and will work zealously to minimize those consequences.  Mr. Freidberg will assess your individual situation, look at all the options and work with you to determine the best course of action. We are available 24/7 in order to assure you receive the highest quality representation. For a comprehensive consultation, contact us at 312-560-7100 or through our website.