A substitute teacher with the Chicago Public Schools was recently arrested and charged with indecent solicitation of a child and intent to commit predatory aggravated sexual assault. The arrest was made after police and the school discovered suggestive texts allegedly sent from the defendant to the former student, a 14-year-old. 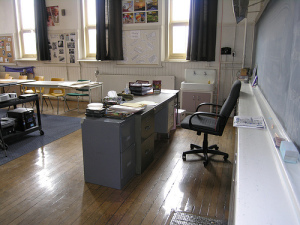 Chicago Indecent Solicitation of a Child

The police in this case have texts allegedly sent by the defendant to the victim requesting a date and asking her to have sex with him. Assuming that police statements regarding the nature of the texts is correct, a defense against this charge would require proving that either the defendant did not send the texts, or that he did not know he was sending them to a minor.

The news is full of stories about teens send elicit text messages to each other, often as a way to harass or bully other students and even adults. Teens also have a history of playing pranks on teachers or trying to get them in trouble for retaliation against a poor grade or some other perceived slight.

Children today grew up with technology and are avid users of all forms of social media, including texting. Thus many of them are adept at hacking into other’s phones, intercepting IP addresses, or even making it look like a text came from a person it did not.

In any case where technology, particularly computers or smartphones, played an essential part in the alleged crime, it is vital to have a forensic expert examine the phone that allegedly sent the texts, the phone that received the texts, and all data associated with the messages to determine if the messages were actually sent by the owner of the phone. This can be traced via IP addresses, date, time and location the messages were sent, even whether the phone was re-routed through a different address. Evidence obtained in a forensic search could show that the messages were sent at a time when the phone was not in the defendant’s possession, from a location he never frequented, or from a different address altogether.

If it can be proven that the defendant did in fact send the texts, then it would be necessary to prove that he knew he was sending them to a minor. Presumably, since he had taught in the girl’s school, he was aware that she was underage. But it is possible that he believed he was sending them to a different person – perhaps he transposed a number, or the student shares a name with an adult in his phone contact list and he didn’t pay close enough attention to the recipient when he inputted the number (it is not uncommon for students and teachers to interact via social media or e-mail, so the idea of him having a student’s cell phone number is not that far off). The student may have mistakenly believed he was soliciting her, or may have realized his error but thought it was funny to play along. Regardless, if it cannot be proven that the defendant knew he was interacting with a minor, then he must be acquitted or the charges dropped.

Conviction on any sex crime charge carries the potential for severe penalties, both criminal and social. Lengthy prison sentences, registration as a sex offender, the possible loss of employment (in the case of a teacher, the loss of a career) and being forced to move from your home if it is near a school are some of the penalties you may face. Chicago sex crimes attorney David L. Freidberg has close to 20 years’ experience handling all sex crimes, and will provide a zealous defense to help you avoid these penalties. Contact our Chicago, Skokie or DuPage County office today at 312-560-7100. Someone is available 24/7 to take your call.