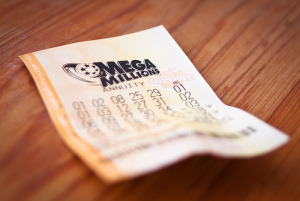 Under Illinois law a person commits the crime of burglary if:

Burglary is a specific intent crime, which means the prosecution must prove that the defendant knowingly entered the premises without permission, and that he intended to steal once he was inside. This definition raises an interesting point about burglary that many people do not realize – it is possible to illegally enter a building without permission, steal something, and yet not be charged with burglary. How? It all depends on when the intent to steal was formed.

Here is an example. It’s freezing on the streets of Chicago, and a homeless man is looking for a warm place to spend the night. He breaks the window of a doctor’s office so he can sleep on the couches in reception. That is his only purpose in entering the office – to get a good night’s sleep in a warm place. At this point, he has fulfilled the first two elements of the burglary charge.

When he awakes in the morning, he notices an open drawer. Upon further inspection, he sees an envelope containing petty cash. He decides to take it, along with some drugs that were unlocked in a cabinet. Although he intended to steal from the doctor’s office when he took the money and the drugs, the man did not commit burglary. That is because his intent to steal was not present the moment he illegally entered the office, but was formed later. The intent to steal must be present when the person illegally enters a building.

Now this does not mean the man cannot be charged with a crime. He could be charged with trespass and theft, but not burglary. The distinction is significant, because burglary is a felony, whereas depending on the value of the items stolen, the theft may only be a misdemeanor, which means a much shorter prison sentence, if convicted.

In any case of burglary, the first line of defense would be to argue that it was not the defendant who broke into the gas stations. The article states that police linked him to the crimes through stolen lottery tickets. Assuming that they do not have images of him on video surveillance, then the only evidence linking him to the crime is the stolen lottery tickets. Possession of the lottery tickets in and of itself is not proof that he was the one who illegally entered the gas stations and stole the tickets. He may have received them from a friend after the fact, or he could have found them all discarded in a dumpster after the real thief tried to dump them. Regardless, even if he knew, or should have known, they were stolen, this does not make him guilty of burglary.

Drawing on close to 20 years’ experience handling burglary and theft crimes, Chicago burglary attorney David L. Freidberg will aggressively defend you against all charges. The goal in every criminal defense is to get a dismissal of all charges or win an acquittal in court. When that is not possible, he will fight to obtain a reduction in charges by arguing your actions were misdemeanor trespass and theft, not felony burglary. With offices in Chicago, Skokie and DuPage County, your first call following arrest should be the Law Offices of David L. Freidberg. Someone is available 24/7 to speak with you about your case. Call us today at 312-560-7100 for a free initial consultation.