A Chicago man was arrested last week and charged with attempted first-degree murder after allegedly firing at two Chicago police officers as they were arresting him for shoplifting. The defendant allegedly fired once, though nobody was injured; he continued to fire not realizing the clip had fallen out. 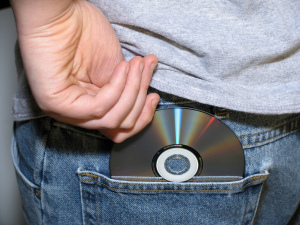 A defendant can be charged with attempt of a crime if, with the intent to commit a specific offense, he commits “any act that constitutes a substantial step toward the commission of that offense.” To be convicted of attempted first-degree murder, the prosecution would need to prove that the defendant intended to actually commit that crime.

Assuming it can be proven that the defendant did purposely grab and fire the officer’s weapon during the arrest, as opposed to the trigger accidentally being pulled in the struggle, it firing due to a malfunction, or the officer actually being the one to fire it, then the prosecution would have the burden of proving intent to kill or harm. Defending against attempted first-degree murder would require arguing for a lesser crime, such as assault. This defense requires convincing the jury that the defendant fired the weapon not with the intent to kill the officers or cause them harm, but instead to scare them, most likely so he could continue to try and make his escape.

Eyewitness testimony as to the direction the weapon was fired during the arrest could help support this defense. If the gun was aimed away from the officer’s, it would tend to show that the defendant did not intend to cause death or great bodily harm, but rather to scare them. A gun aimed away from the officer’s would also disprove the idea that he should have known his actions could result in death or bodily harm (the other elements required to prove first-degree murder), because nobody would expect a gun fired away from a person would cause him harm.

An interesting aspect of this case are in-court statements made by the defendant’s attorney that the defendant is a pastor and was recently honorably discharged from the Army. These actions don’t fit with the idea of a pastor and respected Army veteran. This raises the possibility of several state of mind defenses – perhaps the defendant was suffering from PTSD from his time spent in the Army. It would be worthwhile to have the defendant submit to a psychological evaluation by an independent third-party to determine his mental state, which could possibly negate him having the proper state of mind, or could be used in negotiations with the prosecution to reduce charges.

If you have been charged with murder or attempted murder, contact Chicago murder attorney David L. Freidberg immediately. A first-degree murder conviction carries a possible death sentence, so it is vital that your attorney begins examining all of the evidence and begins mounting a defense as soon after your arrest as possible. Drawing on close to 20 years’ experiencing handling Chicago murder cases, David L. Freidberg will aggressively defend your case with the goal being a dismissal or reduction in all charges. With offices in Chicago, Skokie and DuPage County, somebody is here 24/7 to take your call. Call us today at 312-560-7100 to schedule your free initial consultation.