Illinois state police are investigating a series of six fires that occurred last January that they believe were intentionally caused by two suspected arsonists. The fires involved a historic school house, a house whose occupants managed to run out of the house before it was engulfed, and sheds adjacent to main buildings, all along the same street in Marissa, IL. 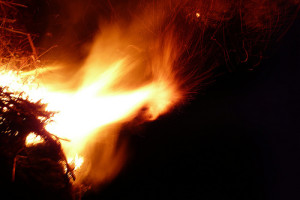 Under Illinois law, arson is a Class 2 felony that carries a potential three to seven-year prison sentence. It is the willful act of destroying someone else’s property valued at $150 or more by setting it on fire without permission from the owner. Even if you partly own the property, it is still considered arson if you don’t have a co-owner’s permission permission to set it on fire.

If the property is someone’s residence or is a place of worship, the act of arson becomes a Class 1 felony which is punishable by four to 15 years in prison.

Finally, arson can be counted an aggravated act and is classified as a Class X felony if the perpetrator knows that one or more persons are inside the building, or where someone suffers great bodily harm, permanent disability or disfigurement, or where a fireman or policeman on duty at the scene is injured.

A charge of arson may also be coupled with a charge of possession of explosives or explosive/incendiary devices. According to Illinois statutes, a person commits criminal possession of explosives or incendiary devices if he or she possesses, manufactures, or transports such devices and either intends to use the device to commit any offense. This is also classified as a Class 1 felony and comes with a sentence of four to 30 years in prison.

Often, an arson case will hang on expert testimony from various fire investigators. However, over the years, problems have been identified with the reliability of expert testimony from fire investigators. Unlike other forensic sciences, fire investigations often involve the collection of burn patterns and debris alongside reports by the police, fire fighters, other fire investigators, and medical professionals. They often conduct interviews with eyewitnesses, victims, and the defendant who may disclose potential motives for arson such as vandalism or financial woes. This extra factual information about the offender and events surrounding the fire can be subjective and incorporate the investigator’s thinking on the events or motives of the fire, rather than the plain forensic evidence. This is often undisclosed to juries, and they are left to treat fire investigators’ testimonies as scientific even if they incorporated subjective and non-scientific information into their conclusions. Additionally, the fire investigator may be unknowingly influenced by all of this extra information and may impact his or her opinions and testimony. It may lead the investigator to rule out natural or accidental causes because of the bias that he or she unknowingly develops.

If you or a loved one has been arrested on suspicion of arson, contact Chicago criminal defense attorney David L. Freidberg. With more than 17 years’ experience as a Chicago defense attorney in arson cases, David L. Freidberg has built a reputation as an aggressive defense attorney who will explore all avenues of possible defense, especially since prosecutors may attempt to use flawed fire investigator expert testimony to achieve a conviction. Contact our Chicago, Skokie or DuPage County office 24/7 at 312-560-7100 to schedule a free initial consultation.