The Illinois Supreme Court reversed the decision of a lower court of appeals and reinstated the first-degree murder conviction and 70-year sentence of Mark Downs, who shot and killed a 6-year-old boy, Nico Contreras, in his sleep. The convicted murderer fired a gun into a bedroom window at the Aurora home of the victim’s grandparents on July 10, 1996. During the trial. the court instructed the jury that it was their duty to define reasonable doubt in the case, which an appeals court ruled was incorrect and caused the conviction and sentence to be reversed. However, the Illinois Supreme Court said that the instruction given by the judge was correct and that the jury convicted Downs with a proper understanding of reasonable doubt. 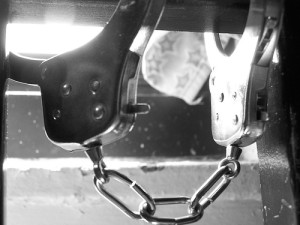 No Jury Instruction for Reasonable Doubt in Illinois

The shooting occurred during a period in the 1990s when Aurora experienced a long period of street gang violence. It was at this time that Downs and an accomplice, Elias Diaz, reportedly targeted Nico’s uncle for belonging to a rival gang. Elias Diaz allegedly planned the shooting and drove the getaway card. He was convicted and received a 60-year term.

Here, Elias Diaz did not actually carry out the killing. However, there was testimony during the trial that he drove two men to Nico’s house and ordered Downs to shoot a man whom he believed was a rival gang member. Diaz thought that the rival gang member at one time occupied the bedroom in which Nico slept and ordered the shooting to occur there.

In Illinois, first degree murder is defined as performing an act that causes someone to die with the intent to kill that individual or someone else, and with the knowledge that the act will probably cause death or great bodily harm to that individual or someone else. For first-degree murder, it is not necessary that you are the one to actually carry out the act of killing. Ordering someone to commit the act is enough to satisfy the definition.

If you or a loved one has been arrested on suspicion of murder, contact Chicago criminal defense attorney David L. Freidberg. With more than 17 years’ experience as a Chicago defense attorney in murder cases, David L. Freidberg has built a reputation as an aggressive defense attorney who will explore all avenues of possible defense, especially since a murder conviction has extremely serious consequences. Contact our Chicago, Skokie or DuPage County office 24/7 at 312-560-7100 to schedule a free initial consultation.