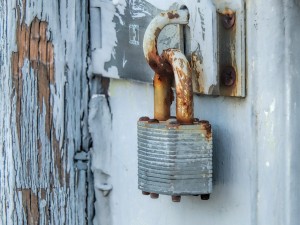 If you are not eligible to have your records expunged, what are your options? If you have multiple arrests and convictions, or if you have been convicted of certain Class 3 and Class 4 felonies, you are also not eligible for an expungement of your record. But all is not lost. There is another alternative to expungement of your criminal record, and that is “sealment.” Seek the advice of an expert criminal attorney to find out if you are eligible to have your criminal record sealed if an expungement is not available to you.

Currently under the Illinois Criminal Identification Act, certain records of felonies can be sealed from public scrutiny. Unlike “expungement,” sealed records are not destroyed, they still exist but they are not available to the public. Law enforcement entities, such as the courts and police precincts will still have access to your sealed records. There is an attempt by the Illinois House to expand the Sealing Laws of Illinois. House Bill 5723, if passed, will expand the types of criminal records eligible to be sealed.

There is a bipartisan amendment to the sealing law in the Illinois House of Representatives that is attempted to expand Illinois sealing laws to include records previously not eligible for sealing. If passed, the new amendment will add Class 2, Class 3, and non-violent Class 4 felonies to the roster of potential records that can be sealed. Advocates for the passage of this new amendment believe that by allowing more of these types of criminal records to be sealed will aid ex-offenders in their effort to integrate back into society.

The records to be sealed will continue to be for offenses that do not include crimes of violence, sexual assaults or DUI convictions. Presently, the only “felony” convictions that are eligible for sealing are Class 4 drug possession crimes and prostitution. These new changes, if made into law, will allow individuals that fall within these new categories, the opportunity to place previous convictions behind them and to move on with their lives.

Other jurisdictions, including New York and New Mexico are taking a second look at this issue as they weigh the public’s right to know with an ex-offender’s right to a second change. There is a strong opposition to increasing the types of crimes eligible for sealing, from businesses who rely on having access to the criminal records of individuals when checking the backgrounds of those individuals seeking employment, or from landlords seeking information on the criminal backgrounds of potential tenants. It remains to be seen who will win this tug of war. See Reporters Committee for Freedom of the Press for more information on this issue.

How Does it Work?

To begin the process, you must have a record eligible for sealing. Records that do not fall under the jurisdiction of the State of Illinois, including federal cases or convictions from other states, are not eligible. You will then petition the court in the jurisdiction where your arrest and conviction was adjudicated. If granted, your record will be sealed indefinitely. Sealed records do not have to be disclosed on employment applications. For public policy reasons, however, the following records are not eligible for sealing and will not be eligible if the amendment to the Illinois Sealing Law is passed: conviction for DUI and any sexual offenses committed against a minor.

If accused of a crime, it is important that you know what your rights are, and how to protect them. The need for an experienced criminal defense attorney begins with the charge and arrest. Knowing your rights is the first step in the process and continues thereafter through a possible trial to acquittal or sentencing. If you are being charged with any crime, including murder, sexual assault, or battery and would like to discuss all of the potential defenses available to you, call the Law Offices of David Freidberg today, at (312) 560-7100, or send an email, for a no-obligation consultation.