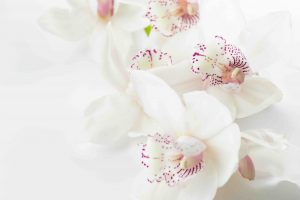 The Sneak and Peek Warrant

To make a long story short, police conducted what is known colloquially as a ‘sneak and peek’ warrant. The sneak and peek warrant was authorized under the Patriot Act to facilitate urgent investigations involving potential terrorist attacks. It allows investigators to break into a business or home, establish surveillance, and then get a real warrant. On the one hand, this is great for anti-terrorism measures. On the other hand, should it be used to bust up prostitution rings? Prostitution is a state-level crime, while acts of potential terrorism are prosecuted at the federal level.

Since the warrants only yielded evidence of a handful of state crimes, it is likely that Kraft and his attorney are banking on the fact that the prosecution is going to lose access to that evidence come time for trial. If that happens, their entire case goes up in smoke.

While the debate around whether or not prostitution should be legal rages on, it is still illegal in the state of Florida and police had an actual case against the “day spa’s” owners and the various johns they caught on film. Many are wondering whether or not sex trafficking itself can be used to justify a ‘sneak and peek’ warrant and further, if the warrant is admissible because it did not result in any federal charges against the defendants.

In other words, sloppy police work, illegal surveillance, and a myriad of other blunders may result in all charges against the defendants being dismissed.

David Freidberg, Attorney at Law represents those charged with crimes in the greater Chicago area. If you have been targeted in an illegal raid or otherwise charged with a crime, give us a call at (312) 560-7100 or contact us online to set up a free consultation.