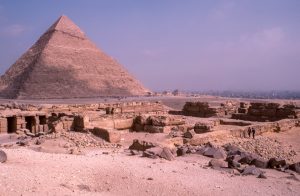 The pyramid scheme has become one of the favorite conduits for confidence fraudsters to make illicit money on a grand scale. That is why organizations like the Federal Trade Commission were set up to fight this type of crime. Chicago, like many parts of the USA, is not immune to this scourge. For the defense attorney, pyramid scheme cases in Chicago present unique challenges which, although difficult, are not insurmountable. The fraudsters are always coming up with new ways to mask their true intentions and hoodwink an unsuspecting public. A case in point are the chain letters that ask for group contributions. There will be some people at the top who have the highest culpability as the masterminds of a criminal enterprise. The middlemen and middle women will have a range of roles that may determine their level of culpability once before the court.

The Criminality of Recruiting Unsuspecting Victims

The pyramid scheme may be deemed a form of confidence fraud because it promises that which is impossible to deliver. Like the Ponzi scheme, it is marketed on the basis of profit levels that are just not sustainable. The crime therefore reduces public confidence not only in the judicial system but also in the other structures that are designed for societal functionality, like the economic system. The requirement may not necessarily be monetary. Sometimes it is a call for your time or expertise in a particular field. Therefore, the crime focuses on the implicit deceit rather than merely restricting the jurisdiction to money alone.

It has been shown that pyramid schemes rarely sell a legitimate product. Their monetary transactions are never transparent and certainly are outside the strictures of the legal system. The defense attorney will want to ensure that this point is proved beyond a reasonable doubt. Once there is evidence of legality then the charge of a pyramid scheme may be more difficult to prove. The standard evidence that the prosecutor will want to present to the court include the literature advertising the product, samples of the product, gifting agreements and even verbal interchanges. They will also want to prove that there was no realistic prospect for either earning any money or compensating the victims in any way. Unfortunately, efforts towards raising awareness about this crime sometimes encounter a culture of naïve belief on the part of the victims.

The leaders of a pyramid scheme are unable to hide behind corporate identities in order to escape prosecution. The law in Chicago has been written in such a way that individual responsibility is pursued with vigor, regardless of the efforts to make all the individual’s actions a corporate concern. In multilevel marketing chains, the prosecutor will develop a theory that focuses on the hierarchy of culpability. Therefore, it may turn out that the final person to attempt a recruitment exercise is punished less severely or not punished at all whereas the head of the organization has to face the full weight of the law.

It is important to note that the existence of a pyramid scheme violates both local Chicago law and federal statutes (see the Ambit Energy Case). In Chicago, the starting point is a Class A misdemeanor which attracts a term of custody of no more than a year and a fine of $1,000. The perpetrators may also be prosecuted under the auspices of the Illinois Consumer Fraud and Deceptive Business Practices Act. Such cases are handled by the Consumer Fraud Bureau of the Office of the Illinois Attorney General. Each single violation can lead to a fine of up to $50,000. If you need an excellent lawyer to take your case, contact David Freidberg attorney at law today at (312) 560-7100.