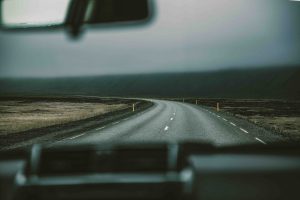 There are instances in which the crime of being in possession of a stolen motor vehicle is a carrier or access crime. You need a team of competent lawyers in order to avoid upgrading the charges unnecessarily. The car being the instrument for committing the crime or getting away from the crime, it is often a minor charge when compared with the principal charge of robbery or even homicide. The case of Jamie Thurnau and Jorge Chavez demonstrates the wide range of possible charges after the arrest. The actual charge sheet included the possession of a stolen car and also resisting arrest. Further charges of burglary, aggravated battery, and fleeing police were later added.

The fact that the offenders injured a law enforcement agent during the commission of the crime is an aggravating feature that will be considered by the court during the sentencing phase. A prior warrant of arrest was being executed when the pair drove off from a Walmart parking lot. The accumulation of charges brings into question the Mens Rea element of the criminal conduct. The acts of fleeing and even injuring the police may have occurred as described by the prosecutor, but it is an entirely different matter to prove that these acts were foreplanned with malice in mind. This is often the crux of the defense strategy. They may acknowledge the factual basis of the case but then dispute the motivations in order to throw doubt on the case.

Ranking Different Crimes that Occur at the Same Moment

Quite often, the charge sheet will include a number of charges that arise from a single incident or a series of incidents. This is not always by accident. The police may want to get the person imprisoned, but they are not too sure which charges are going to stick according to the rules of evidence. Therefore, they slap on as many charges on the sheet as possible in the hope that one of them will be provided, hence locking up the person. The downside is that the multiple charges might mean that the attentions of the court are spread across so many different areas that they end up not convicting the defendant on any of them.

The two key ingredients that can determine whether the possession of a stolen vehicle is a serious or minor one are the manner in which the vehicle was acquired and the value and characteristics of the vehicle itself. For example, stealing a vehicle from a sick person who needs it for hospital visits is different from stealing from a depot. The punishment may be the same in terms of categorization, but the severity of the case will vary. The fact that you are charged with the possession of a stolen vehicle does in no way negate some of the other multiple charges that will have arisen from your criminal conduct. That is why defendants find themselves sometimes facing a long charge sheet that includes major and minor items. At other times, it is the police merely looking for a fishing expedition of possible charges.

The holding charge is a favorite police technique for dealing with defendants in cases where further damning evidence is not yet available but is anticipated. The instant case is a good example. The police officer suffered serious but not life-threatening injuries. If the agent had suffered more serious injuries that came to light at a later stage, the charge sheet would be upgraded accordingly in order to reflect the new seriousness of the crime. All the acts amounted to felonies, but they fell in different classes. You can contact David Freidberg Attorney at Law at telephone number 312-560-7100 if you have received similar charges.