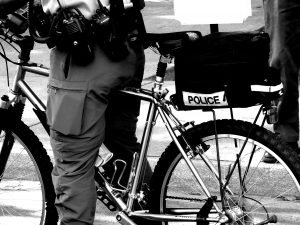 Hate crimes, sometimes referred to as a bias-motivated crimes, occur when a perpetrator selects his or her victim based on a perceived membership to a certain social group. For example, if a perpetrator shoots a victim because of the victim’s sex, ethnicity, religion, or sexual identity, then a hate crime has likely occurred. I say likely because the only way to know for sure if a crime qualifies as a hate crime is to check which social groups are protected under the hate crime statute that governs the situation. For instance, if the crime is governed by federal law, then the federal hate crime statute applies. Under the federal hate crime statute, social groups based on race, color, religion, national origin, gender, sexual orientation, gender identity, or disability are protected. States, and even some cities, also have their own hate crime laws.

According to Chicagoist.com, Chicago’s current hate crime law applies when a victim is targeted based on race, religion, sex, national origin, sexual orientation, physical or mental disability, prior or active military status, ancestry, or age. In other words, if it can be shown that a defendant’s hate motive against one of these protected groups caused him or her to commit a crime against a member of that group (for example, assault, murder, or harassment) then the defendant can be charged with a hate crime violation in Chicago.

However, this may be about to change as a new bill has been introduced that, if passed, would expand Chicago’s hate crime ordinance to include past and current law enforcement officers, firefighters, and emergency personnel, reports ABC7. The bill would also increase the penalties available for punishing violators. Additionally, the Southwest Chicago Post reports that the ordinance would increase fines from $500 to $2,500 and that violators could be sentenced to up to six months in jail.

Arguments in Favor of the Proposed Ordinance

Proponents of the proposed law note that Chicago’s first responders put their lives on the line in order to help keep ordinary citizens safe and that therefore the criminal justice system should be given the tools that they need in order to adequately punish people who harm our city’s first responders.

Arguments Against the Proposed Ordinance

Those who are against the proposed addition to Chicago’s hate crime law are largely arguing that our city’s existing laws already appropriately punish acts of violence against our first responders, reports Chicagoist.com. They claim that the proposed ordinance is simply a distraction from the current conversation about reforming the police system that has started in response to recent reports of police misconduct.

Common Myths About the Police