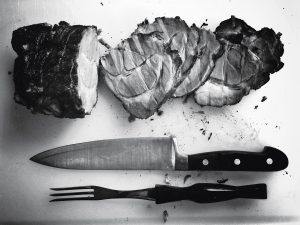 Cook County optometrist, 55-year-old Anthony Prate, has been given a $3 million bond by judge Goebel. The decision to place a $3M bond on Prate comes after the implementation of Rule 26, which is designed to release more low-risk suspects who have been accused of crimes and decrease the jail population. However, since Prate has been accused of murder, the judge has a right to either set bond or deny a release entirely. In this case, the judge has decided to set bond at a very large number.

Prate has been charged with stabbing his girlfriend to death. The judge required Prate to pay 10% or $300,000 of the bond amount. He will wear an ankle monitor while he is released and live with his mother during the duration of his release. Prate was also ordered to surrender his passport and any firearms he owns.

The defense argued that Prate is not a flight risk, has no prior criminal record, and posed no threat to the general public including any witnesses who may testify at his trial. The judge agreed that there was no legal way that he could deny bail in this case. Prosecutors, of course, took umbrage with the idea that Prate was not a risk, calling him “extremely dangerous.”

Prate’s girlfriend, Margaret Daniel, was found stabbed to death in her home. According to prosecutors, Daniel had thrown a dinner party for Prate, but the couple was heard arguing. Prosecutors say that the argument escalated into murder shortly after midnight. The two had been dating for only three months.

Prate called 911 at 1:30 am and told the dispatcher that he and Daniel had a fight with a knife and that his girlfriend was “gravely wounded” in the altercation. At the scene, police found Daniel in a pool of her own blood and a knife lying next to her. Police say that Prate had called three of his family members prior to calling 911 and told them that he had stabbed Daniel.

This case led to the reopening of another case in which Prate’s former wife, Bridget Prate, was killed in 2011 in what appeared to be a traffic accident. Authorities believed that Bridget Prate’s death was suspicious at the time, but could not gather enough evidence to prosecute. Anthony Prate was behind the wheel of the car in which his wife died, but no charges were ever filed.

Defenses to This Crime

The defendant has confessed to the stabbing, but not to a crime. However, he has limited his options as far as making a plea goes. The defendant can only now submit an affirmative defense—a defense in which he admits that he was the one who did the stabbing, but it was either justified or he was not in his right mind at the time of the murder. In other words, Prate can either argue insanity or self-defense.

If you have been charged with a crime in the Chicago area, David Freidberg provides expert counsel and can help defend you from the charges. Do not get convicted on lazy police work or a speculative prosecution. Call us at (312) 560-7100 or talk to us online for more information.