Legislation introduced by Illinois State Senator Michael Hastings (D-Tinley Park) would extend the statute of limitations for armed robbery, home invasion, kidnapping or aggravated kidnapping if these crimes were committed during the course of a sex crime. 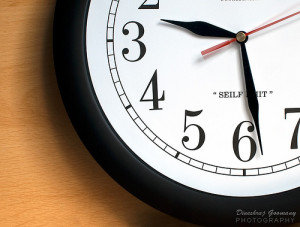 Statutes of limitation are imposed to encourage people to come forward and report crimes close to the time they allegedly occurred. Waiting years to report a crime has serious ramifications, as illustrated by the recent spate of accusations against comedian and television star Bill Cosby – any physical evidence that may have existed at the time to corroborate (or not corroborate, depending on the circumstances) is long gone, turning the case into nothing more than spew of he said/she said accusations that do nothing to promote justice, and everything to destroy the reputation of the accused and the accuser (depending on whose side of the story is believed).

But the legislation raises questions about whether, in order to have the extended statute of limitations apply, the victim must report the armed robbery, home invasion or kidnapping within three years, or whether she must only report the sexual assault, and can tack on the additional crime later. Under the first scenario, she would report to the police within three years of the alleged rape that she was attacked during a home invasion, thus granting the 10 year statute of limitations for both crimes.

Under the latter scenario, the victim reports the rape within three years. Four years after the rape, she reports to police that the rape occurred during the course of a kidnapping which she did not mention earlier, because she was taken from a known drug dealer’s house, and she did not want it to get back to her family or employer that she had a drug problem. Will the fact that she reported the rape within three years allow the additional charge of kidnapping to be brought against her accuser, even though the three year statute of limitations that normally applies to kidnapping has expired, or must she have reported them both within the three year statute of limitation period? This is hopefully a question that the state House will take up during their deliberations as to whether or not to pass the law.

If you have been arrested or charged with a sex crime, contact Chicago sex crimes attorney David L. Freidberg. For almost 20 years David L. Freidberg has used his experience and knowledge to successfully defend residents of Chicago and the surrounding suburbs against all sex crimes charges. As a criminal defendant you have certain rights, including the right for charges to be filed against you within a certain time period. David L. Freidberg can help you enforce your rights. With offices in Chicago, Skokie and DuPage County, somebody is available to speak with you 24/7. Pick up the phone today and call 312-560-7100.