A criminal defense attorney’s goal is to obtain the best possible outcome for his client. Ideally, this would be a dismissal of all charges prior to trial or, barring that, an acquittal. But in some cases, the best course of action is to enter into a plea agreement. 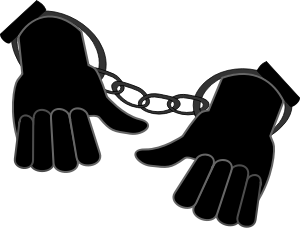 Promise of reduced sentence. Prosecutors often offer a reduced sentence if the defendant will plead guilty. Most crimes have a range of sentencing possibilities, so a prosecution may offer the lower end of that range in exchange for a guilty plea, as opposed to seeking the maximum sentence if the defendant is convicted at trial. In cases where the penalty is lifetime imprisonment, such as a murder charge, the sentence reduction may be to allow for the possibility of parole.

Conviction of a lesser charge. Sometimes a plea agreement includes reducing the charges that were filed – from aggravated kidnapping to kidnapping, for example. Pleading guilty to a lesser charge results in reduced jail time and may decrease potentially negative consequences, for example the requirement to register as a sex offender following conviction for certain sex crimes.

Guaranteed outcome versus uncertainty of trial. Although it is possible for a judge not to agree to the prosecutor’s recommendation regarding sentencing in a plea agreement, the majority of the time the sentence promised in exchange for a plea is what is handed down. Accepting a plea agreement gives you a guaranteed outcome, as to both the crime you will be convicted of and the sentence. Going to trial offers no guarantees, either to whether the jury will convict or acquit or to the sentence the judge will order upon conviction.

Want the whole thing to go away. Contrary to what is portrayed on popular television crime procedurals, where the time between the commission of the crime and the jury’s verdict is a matter of weeks, most criminal cases are not over that quickly. Trials can be delayed or postponed due to witness unavailability, attorney and court schedules, or the need to acquire more evidence. Sometimes it can take months from the time the defendant is first arrested to when the prosecution files charges. Rather than live under the specter or a criminal trial looming at some point in the future, many defendants will agree to enter a plea just to put an end to it, serve their sentence and get on with their lives.

Even though accepting a plea agreement is sometimes the best option, it doesn’t meant that it is without consequences. Whenever you accept the prosecution’s plea agreement, you must carefully weigh the pros and cons. A plea agreement requires that you plead guilty, which can have long-lasting consequences. It may impact where you live, your employment, perhaps even future custody or rights to your children. A decision to accept or not accept a plea agreement should not be made until you and your defense attorney have thoroughly discussed your case.

Before accepting any plea agreement offered by the prosecution it is important that you first consult with an experienced Chicago defense attorney. As a criminal defendant you have many rights, and it is important that you weigh both the pros and cons of waiving those rights prior to accepting a plea bargain. For almost 20 years Chicago criminal defense attorney David L. Freidberg has helped criminal defendants decide whether to go to trial or enter into a plea agreement. Let him help you today. Call his Chicago, Skokie or DuPage County office 24/7 at 312-560-7100 to schedule your free initial consultation.