The 5th Amendment right against self-incrimination is one of the most well-known rights in criminal defense, right up there with the right against unlawful search and seizure and the requirement that police read suspects the Miranda warnings. Yet a criminal suspect doesn’t always have “the right to remain silent”, and not have that silence used against him in court. 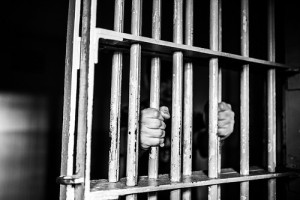 In Salinas v. Texas, the defendant was questioned in regard to a murder investigation. The defendant was not under police custody, thus he had not yet been read his Miranda warnings, which inform criminal suspects that they have the right to remain silent, and that any statements given can and will be used against them in court. The defendant voluntarily answered the officer’s questions in regard to the murder, until the officer asked whether a ballistics test would confirm that shells found at the crime scene matched the defendant’s shotgun. At this line of questioning the defendant simply stopped talking.

There are only two instances where the defendant’s failure to speak cannot be used against him. The first is where he is in police custody and has not been read his Miranda rights. The court said that such a circumstance is so coercive that the defendant need not affirmatively invoke the privilege because his statements cannot be considered voluntary.

The Supreme Court refused to accept the defendant’s argument that invocation of the 5th amendment right to remain silent should be assumed when a suspect refuses to answer police questions that would imply guilt. The court stated that while this may be the most probable reason for the person’s silence, it is not necessarily the only reason – his reason for not answering could be to protect somebody, to come up with a lie, or any other number of reasons. The purpose of the right to remain silent, the court stated, is not to protect all of the defendant’s statements, but only those that would tend to incriminate himself. Is it the defendant’s burden, the court stated, to invoke the privilege, and not for the prosecution to figure out the reason for the silence.

If you or a loved one has been arrested, call a Chicago criminal defense attorney immediately. Criminal suspects are granted a number of rights, some of which must be affirmatively invoked.  The police will not help you claim your rights. Only an experienced criminal defense attorney can help ensure your rights are protected. David L. Freidberg has almost 20 years’ experiencing protecting the rights of criminal defendants. Contact our Chicago, Skokie or DuPage County office 24/7 at 312-560-7100 to speak with an attorney.