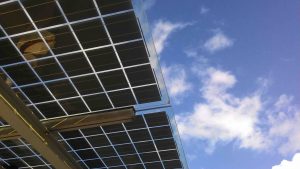 Chicago is a modern city that has shown commitment to fighting climate change and protecting natural resources. This is particularly important within the context of the US government’s decision to withdraw from the Paris Agreement. Many cities like Chicago are taking localized steps to ensure that the sustainability agenda is not lost in the midst of federal quarrels over the appropriateness of specific interventions. These are some of the key issues that are taking center stage in terms of the laws on clean energy and environmental protection:

There is a common theme that runs through all these initiatives: Although they are undoubtedly aimed at improving the sustainability of the Chicago economy, they are not driven by the force of law. This represents an alternative to the legislative overkill that has sometimes marred the attempts to persuade other jurisdictions to start getting a better read on their environmental sustainability measures. Indeed, the experiences of Chicago demonstrate the struggle between maintaining a free market system under a constitutional republic and controlling human behavior to the most minute detail.

Some states have had serious skirmishes with members of the public who did not want the environmental protection agencies to come onto public land so as to impose the strictures of the law. The supreme court had to intervene in states like Arizona in order to clarify the boundaries of private freedom and state authority. Now that the Trump administration is actively working to dismantle certain parts of the Environmental Protection Agency (EPA), such initiatives will have an even greater role to play in the community.

The downside is that anything that is not backed by the threat of punishment is often ignored by the public. If there are no consequences for dumping or using coal, the chances are that many businesses will continue doing so. That means that in order to fully realize the dream of clean energy, it might be necessary to compel the citizenry of Chicago to do things that they would otherwise prefer not to do. This is where active resistance comes into play. The legislators and the law enforcement agencies have to tread a very fine line in order to avoid making the environmental protection laws even more unpopular than they already are. For expert counsel on clean energy laws in Chicago, contact David Freidberg Attorney at Law at 312-560-7100.