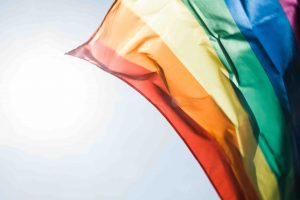 The law on sexual minorities is in its infancy stage in Chicago. There are a host of issues that are of concern to LGBT people in Chicago, the law being one of them. Specifically, advocacy groups have sought for protection at a time when the federal government has tried to declassify LGBT people as a protected group. That status of being a protected group is the starting point for many of the civil rights protections that are extended to minorities who have been traditionally marginalized in American society. Chicago is by no means an anti-LGBT city. It certainly has a much better record than some of its counterparts. Nevertheless, there is a lot of work that needs to be done in order to entrench these protections.

The law should be able to protect all citizens of Chicago from hate crimes. This is often a controversial issue because one person’s rights are another’s infringements. The freedom of expression in particular has been an area of contention. There is a continuum of liberty from being able to kiss your partner freely in a public place without harassment to not getting beaten to pulp on a Saturday night because someone thinks that being gay is a crime against “the laws of nature.”

The Right to Self-Identity and Human Dignity

One of the biggest contentions concerning LGBT rights is that of marriage. Most religious communities object to the full institutionalization of gay marriage. A compromise of civil weddings was considered and adopted by many states. Other rights are still pending consideration and litigation. For example, recently, President Trump announced that he intended to ban transgender people from serving in the military in any capacity. This is a policy that has yet to be contested in the federal courts, let alone within Chicago. Some of the key areas that will continue to be contested include the following:

Some of the debates have sometimes veered perilously close to the trivial, a case in point being the bathroom debate, which sought to consider whether it was right to force certain people to use certain bathrooms based on the gender of their birth rather than their gender identification. The legislature seeks to maintain a balance between the wishes of the majority and the interests of the minority, a core principle in democratic societies like the Chicago area.

LGBT people face discrimination in a number of spheres that many people would take for granted. For example, until recently, employers could dismiss someone for no other reason than the fact that they were discovered to be an LGBT individual. Sometimes, those dismissals happened based on wrong information. Then, there were the vigilante groups that attempted to equate minority sexual orientation to pedophilia with the implicit assumption that the mob would mete out its own justice to the victims as opposed to going through the court process. The sentencing guidelines were upgraded to make hate crimes an aggravating feature of any criminal act.

Other reform measures include the Illinois Senate House Bill 1785, which sought to allow people to change their birth certificates according to their chosen or identified gender. The contestation and litigation of LGBT civil rights will continue in Chicago. The state has so far adopted a fairly liberal attitude that seems to incrementally create space for sexual minorities. However, it cannot be said that an LGBT person in Chicago is totally free of the prejudices and deprivations that their sexuality has often attracted in other parts of the country. For professional legal assistance regarding the treatment of LGBT persons under Chicago law, contact David Freidberg, Attorney at Law at 312-560-7100.