Living in Chicago, many people have unfortunately been subject to unlawful search and seizure by the Chicago Police Department.

That’s the question two federal appellate judges are pushing the Supreme Court to decide. The U.S Supreme Court held over forty years ago that police who arrest someone have the authority to search all items on their person.  However, since this time, items on one’s person have grown to encompass a wide variety of cell phones, including smart phones, and tablets which contain a medley of personal information such as pictures, documents, and other private data, that would once have been found only in one’s home.  The lower courts are now struggling to decide how to apply tried and true legal principals to these new technologies, and some are calling for the Supreme Court to step in.

In a 2-1 decision this past May, the First U.S. Circuit Court of Appeals held in the case of United States v. Wurie, No. 11-1792 (1st Cir. 2013), that police practice of seizing and searching cell phones at the time of arrest violates the Fourth Amendment. 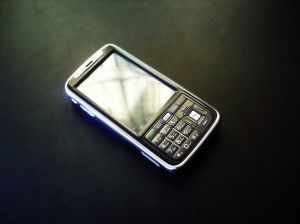 The facts of the Wurie case are as follows:  while performing routine surveillance, Boston police witnessed what appeared to be a drug sale.  Police stopped the individual involved, later learned to be Brima Wurie, and found drugs in his pocket.  Police also confiscated two cell phones from Wurie at the station.  While waiting to book Wurie, one of the cell phones begin ringing.  The phone number was identified as “my house” on the cell phone and police officers observed a picture of a woman and a baby set as Wurie’s “wallpaper.”  Police searched the phone number and linked it to an address.  After some questioning of Wurie, officers drove to the address they had discovered from the phone number and, believing Wurie may have stashed drugs in the home, they entered to “freeze it” while they obtained a warrant.  After obtaining a warrant, officers seized large quantities of drugs from the home.

The First Circuit held that allowing the police to search the phone data without a warrant any time they conducted an arrest would create a serious threat to the privacy of countless individuals.

On Monday, the First Circuit rejected the Justice Department’s request that the justice’s rehear the case and, in a rare move, urged the Supreme Court to take up the issue.  Chief Judge Sandra Lynch wrote in her statement that while she believed the case me the criteria for a rehearing, she believed the better course of action would be for the Supreme Court to review the case and resolve provide a final resolve on the issue.

Currently, the circuits are split on the constitutionality of cell phones searches incident to arrest.  The First Circuit now joins the Ohio and Florida Supreme Courts in requiring a warrant, while another three circuits, including our Seventh Circuit, have held no warrant is required.

We are left to wait and see in the next few months whether the Supreme Court will take up the issue.  In the meantime, one thing that can be learned from the Wurie case and others like it:  a skilled defense attorney with experience handling Fourth Amendment issues is absolutely critical to your case.  Specifically, a seasoned defense attorney can review the facts of your arrest and determine where the police may have violated your Fourth Amendment rights.  Further, a veteran defense attorney like Brima Wurie’s is not afraid to challenge existing precedents and champion new legal holdings.

If you have been the subject of a Chicago unlawful search and seizure, you need the services of an experienced criminal attorney.  At the Law Offices of David L. Freidberg, we have over 20 years of experience spotting issues like Fourth Amendment violations and as such, will fight tirelessly to protect your due process rights.  Our legal professionals are an innovative team willing to take any challenge in the pursuit of justice for our clients.  Call us today at 312-560-7100 or visit us online to schedule a free consultation at any one of our three Chicago area locations.