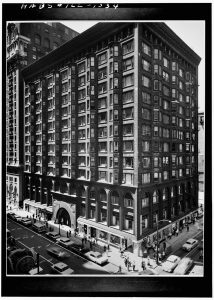 The breach of trust in insider trading is not as obvious as other forms of breach of trust. The basic premise of the law is that there is an implicit trust by members of the public that financial institutions will follow the letter of the law. However, there are those whose interest in fast profits far outweigh any moral considerations. They make use of their privileged access to information in order to make decisions that are advantageous to them whilst simultaneously expecting the public to take up the cost of their mistakes. The public is effectively being asked to gamble with all the odds stacked against them. This is the essence of insider trading and it is precisely the behavior that the courts try to punish.

Understanding the Basic Premises and Assumptions that Underpin the Law

The basic premise of a functional market is the freedom to trade and that requires information that is readily available, or at the very least legitimately acquired. The inside traders tend to skip this important step, with devastating impact on their business rivals. A classic case in point is where a trade is able to get a tip off a potential merger, acquisition, or redundancy. He or she then shares this vital information with favored accomplices so that they can make a quick profit or alternatively cut their losses. There have been some defendants who have pleaded innocence, arguing that they did not know what they were committing a SEC (Securities Exchange Commission) violation.

In reality the courts are reluctant to entertain such a flimsy defense. The federal government has made it absolutely clear that they will prosecute anyone who goes against the SEC regulations no matter how high they are held in esteem. Indeed, some of the pre-licensing forms for traders make their obligations crystal clear. At the heart of the case is the definition of an insider. Not everybody who gets access to information is indeed an insider. Under the terms of SEC, insiders are people who have a duty to disclose. They include directors, officers, and majority controlling shareholders or even other actors under the contracting law. The same categories of people are also generally banned from trading themselves because of their privileged access to information.

The courts are interested in the thought processes that go into committing the crime. These could include deception and manipulation with deliberate intent. That means that if the defendant can prove that the disclosure was accidental, they are likely to walk. However, in some instances the negligence involved is so significant that the courts will find an alternative charge to punish them with. These rules only apply to those who have a trusted position within a given corporation. That is why some defense attorneys have successfully argued that the mere fact of working with sensitive information does not constitute being in a trusted position.

This device is used to protect low-lying employees who get into trouble due to minor infractions in the handling of the data. The thing that is most worrisome for defendants is the fact that the investigations are normally covert and undertaken over a long period of time. Therefore, it is possible that any organization may be under review by the SEC under the terms of the Securities Exchange Act. The directors and workers affected may not even know that evidence is being gathered about them. In some instances, the investigation primarily relies on third-party tip-offs and there is some confusion about key definitions. The penalties can be varied and significant. They include fines and even long terms of imprisonment for the worst offenders. Careers have been ruined by a SEC investigation. The need for exceptional legal representation is not exaggerated. Call David Freidberg Attorney at Law now at 312-560-7100 to get an expert attorney who will fight to win your case.