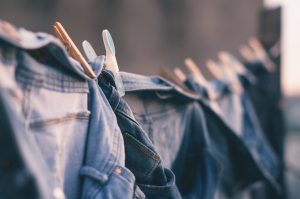 The victims of money laundering are not just those that lose the funds but also those that are used in disposing of it. This much is made clear by the provisions of legislative instrument number 720 ILCS 5/29B-1 of Chicago. It is not uncommon for family members to be unwittingly roped into fraudulent schemes based on their love for a son or daughter. The attorney that is handling such cases can expect a significant involvement in the investigative process. The discovery alone is bound to be a real challenge. The definition of the crime includes any act that seeks to hide the source of illegally acquired funds. The most sophisticated version of the crime involves “washing” dirty money by making it appear to be legitimate.

This is a crime that is prosecutable at both the state and federal level depending on the circumstances and the charges that are preferred by the prosecutor. The defending attorneys must be well versed in all the rules of the financial system. The defendant may have a very sophisticated web of information and tactics that make an investigation difficult. They may even lie to their lawyer in order to save face. That is why the services of an experienced counsel can be invaluable in cases such as this.

How to Untangle the Ingredients that Constitute the Crime

The Bank Secretary Act as well as the Patriot Act and Money Laundering Control Acts have come up with a series of complicated definitions that seem to encompass the key behavior patterns that are considered to be negative. The bottom line is that all legal and legitimate money must be traceable or else it becomes liable to the proceedings of asset forfeiture. Assisting an offender in any way to get rid of or hide their loot can constitute the crime of money laundering. Upon conviction, the defendant can expect up to 20 years in jail as well as fines from $500,000 to values that can double the amount of money that was originally involved. The courts are likely to order the forfeiture or seizure of the defendant’s property in order to pay back the stolen funds.

This is a crime that is related to and emanates from a number of alternative offenses. These include drug trafficking where the culprits struggle to find ways to make their money legitimate. At other times the criminals become greedy and attempt to withhold even the little tax that the government inadvertently collects. When they are discovered, the entire chain unravels and there are massive investigations that seek to uncover every misdeed that has been committed by the defendant. These investigations can go as far back as 10 years or even more so as to clear the deck.

The feds will come in if there is a large racketeering ring that needs to be broken using the powerful tools of the RICO act. A case in point are the provisions relating to the evidence of shared property. The state of Chicago has its say too in the proceedings depending on how the facts unfold. There is a distinct possibility of an extended prison sentence. Where appropriate the court will also pursue the civil aspects of the prosecution so as to bring financial burdens on the defendant. The range for the indicative terms of imprisonment can be high. One of the aggravating features is the scale of the victimization as well as the attempts to conceal the crime. In other situations, the judges may decide to send out a message by imposing an unusually harsh sentence. It is notable that even at this late stage; the defending team can still bargain for leniency. Call David Freidberg Attorney at Law now at 312-560-7100 to get an expert attorney who will fight to win your case.