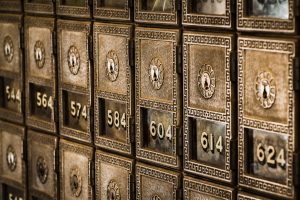 The crime of bank fraud is sometimes thought of as being harmless given the fact that it involves big powerful corporations and rarely involves any violence. However, the courts take it seriously and are quite capable of imposing significant penalties for it. The technical definitions of the crime include the illegal acquisition of assets, money or property by any entity or institution through deceit and dishonesty. Given the concern about an implied leniency against white collar offenders, bank fraud has sometimes been elevated to the level of a federal crime.

According to the Bank Fraud Act, the prosecution is free to label and pursue the crime depending on the amounts involved and the method that was used. A level of sophistication as well as conspiracy will always be aggravating factors. On the other hand, the court will also consider the victim impact statements. Although the media coverage may often be sensationalist, the courts are at pains to demonstrate that they are bound by the sentencing guidelines as well as the facts as examined from the viewpoint of giving as much weight as possible to the intention of the legislature when the law was enacted.

Developing a Theory and Practical Basis for a Defense

The defense attorneys will probably be concerned with the preliminary task of getting bail for their client. However, they also need to seriously consider the strategy for mounting a defense. There is always a suspicion that educated and wealthy bosses are able to get away with crime simply because of their socio-economic status. Therefore, the courts are quite conscious of this criticism and might punish the offender rather harshly in order to send a message.

The constituent elements of the crime in Chicago incorporate a range of seemingly unrelated offenses. These are specified under the provisions of 720/5/17-31. They include mortgage fraud, racketeering, conspiracy, RICO offenses, and even some types of internet crimes. The court will consider the mechanism that was used to commit the crime. This could include forgery, wire exchanges, money laundering, and direct persuasion. As one can tell, these issues are complex and require extensive research in order to mount a coherent defense.

On the other hand, the fact that the defendant is likely to be a first-time offender and not likely to reoffend poses some challenges. They may make admissions on the first night in the cells which are bound to cause them lots of problems later. The crimes are also prosecuted at two levels. The first is to establish the level of criminal culpability and the second is to extract as much money as possible by way of forfeiture and confiscation orders. Notably, the prison sentence can be extended for failure to comply with the civil orders.

The Public Interest and Fair Coverage

For obvious reasons, charges of bank fraud never fail to capture the public imagination. First of all, the sums that are involved are so significant that they are virtually out of the reach of most ordinary people. Secondly the victims tend to come from far and wide. Thirdly there is always an interest in examining whether crime pays. The general public (and the court in particular) is anxious to ensure that there is limited incentive for crime by the way of “payment” or getting away with it. That is why the revised codes have often included an increase in penalties but also make it easier to prosecute offenders.

A defense attorney that handles this type of case will have to have significant experience and knowledge of the legislation as well as the practice guidelines. Call David Freidberg Attorney at Law now at 312-560-7100 to get an expert attorney who will fight to win your case.