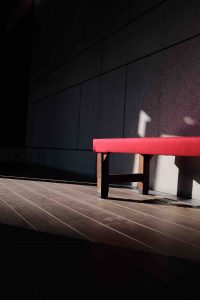 This lawsuit is completely separate from the criminal charges Vilchis now faces for alleged sexual abuse of a minor in his charge. That means that Vilchis will either be deported for alleged crimes for which he was never charged or tried in Will County and potentially face a lengthy prison term. Vilchis became a legal citizen of the United States in 1997.

The Current Charges Against Vilchis

Vilchis faces 18 counts of criminal sexual abuse of a minor. The girl is said to be between the ages of 13 and 17 when the abuse occurred. It is not clear what evidence the U.S. Department of Justice has against Vilchis from the three prior incidents that they allege occurred prior to his naturalization. Each count has a minimum four-year prison sentence meaning that, logistically, Vilchis could face the rest of his life in prison if convicted on these charges.

It is unclear whether or not Vilchis would be better off facing charges here or being deported back to Mexico. Mexico certainly could try Vilchis for the crimes he committed in the United States and U.S. prosecutors would likely be more than happy to provide Mexican officials with all the evidence they have against Vilchis. But the U.S. DOJ will need to prove that these accusations against Vilchis are true. In order to do so, they will rely heavily on witness testimony.

If you have been charged with a serious crime in the Chicago area, David Freidberg can help you defend you from the charges. We handle everything from routine DUIs to first-degree murder. Call us today at (312) 560-7100 for more information.