A joint task force comprised of the U.S. Department of Justice, the Federal Bureau of Investigation, the Innocence Project and the National Association of Criminal Defense Lawyers released a report in April indicating that in at least 90% of criminal defense trials reviewed, testimony by microscopic hair comparison analysis examiners was erroneous. 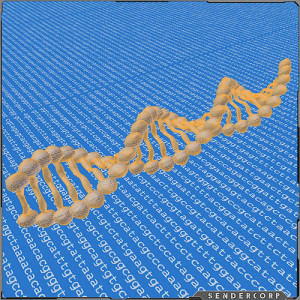 Three thousand cases involving FBI hair analysis are being reviewed as part of the review process. As of March 2015, approximately 500 of those cases have been reviewed. Among the report’s findings:

The results of the joint study do not mean that there was no other evidence to support the defendants’ guilt, and the prosecution may have won a conviction even if the erroneous testimony had not been admitted at trial. But the fact that 96% of cases included false proof of guilt highlights the need for independent forensic experts in all criminal defense cases.

The popularity of television crime procedurals means that the public is more aware of DNA and forensic evidence than ever before. For many proof of guilt or innocence rests on the presence of DNA. But while advances in forensic science mean that forensic analysts are able to obtain DNA evidence from smaller and smaller specimens than they were in years past, the potential for error still exists, and a DNA “match” is not the slam-dunk television would have you believe. Errors in DNA evidence may include:

Errors in DNA testing and analysis may be malicious or due to simple human error. Regardless of the reasons, those errors will go undiscovered without the knowledge and expertise of a seasoned criminal defense attorney and independent forensic experts. Forensic analysis submitted by the FBI or police department is biased; after all, they are the ones who made the arrest, so they are convinced of the defendant’s guilt. Thus in order to convince the jury that the prosecution’s analysis of the evidence is wrong, the defendant must obtain his own expert to test the DNA sample and prepare his own report on whether the evidence points to the defendant’s guilt or innocence. Failure to obtain an independent expert analysis of DNA evidence could mean the difference between a finding of guilt or innocence.

Scientific advances mean that DNA can be obtained from the smallest specimens. DNA evidence carries great weight in a jury trial, but testing and analysis is prone to human error. Chicago criminal defense attorney David L. Freidberg has more than 17 years’ experience handling DNA evidence and expert testimony in court. With access to a team of independent forensic experts, he will uncover errors in the prosecution’s testing and analysis of all DNA evidence used at trial. If you have been arrested and charged with a crime where DNA evidence may play a role, contact the Law Offices of David L. Freidberg today at 312-560-7100. With offices in Chicago, Skokie and DuPage County, someone is available to speak with you 24/7.