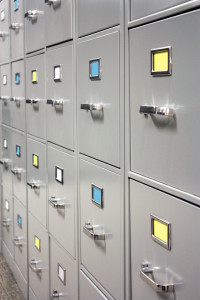 If you have ever been arrested for committing a crime in any state, whether convicted or not, you have a criminal record. Despite what you have been told, adult criminal records and juvenile criminal records (also known as “rap sheets”) are never automatically cleared. If you incurred a “rap sheet” at any time in your life, perhaps when you were “sowing those wild oats,” but now you have settled down and have become an exemplary citizen, the previous record of your indiscretions is available for public scrutiny.

Can I Have My Criminal Record Expunged or Sealed?

The short answer is “yes,” you can have your criminal record expunged or sealed if your record is eligible. Your first step is to consult with an experienced criminal law expert who will walk you through the process.

Under the Illinois Criminal Identification Act, you may have your criminal record expunged or sealed under certain circumstances. The difference between having your record “expunged” as oppose to having it “sealed,” is that to have your record expunged, you must not have been convicted of a crime or a violation of any municipal ordinance. However, if you have been convicted (and you are eligible) you may have your record “sealed.” Expunged records are destroyed or returned to you, and need not be disclosed to potential employers, whereas sealed records are kept confidential (“under seal”). In other words, the general public does not have access to “sealed” records, but law enforcement agencies do.

Not all records of criminal convictions may be sealed under the Illinois Criminal Identification Act. Some misdemeanor convictions may qualify for sealing, with the exceptions of driving under the influence, assault, battery, and some sexual offenses. However, the only felony convictions eligible for sealing in Illinois are certain class four drug or prostitution offenses.

The Importance of Having Your Criminal Record Expunged/Sealed

There are many reasons why you would want your record expunged/sealed, with the most important being that a criminal record can affect your employment opportunities. Our economy has been in a downturn for a number of years. Individuals with criminal records are among those considered unemployable because of their record, even if they had not been convicted of a crime. The criminal record becomes a blight on your chances of becoming gainfully employed in an already oversaturated market. However, if your record is expunged, you do not have to disclose it on any employment application. Once expunged, it is as if the arrest never happened. This is critical especially for those with juvenile records. The process for having your criminal record expunged/sealed may appear daunting to many, but with the help of your attorney, it can be done.

Juvenile criminal records may be expunged if the juvenile meets certain guidelines, such as:

For Answers to Questions About Expunging/Sealing Criminal Records, Call the Law Office of David Freidberg

If accused or arrested for a crime, it is important that you know what your rights are and how to protect them. If the police are going to interrogate you, you have the right to have your attorney present. Knowing your rights is the first step in the process, so if you are being charged with any crime, including murder, sexual assault, or battery and would like to discuss all of the potential defenses available to you, call and talk to an experienced criminal defense attorney at the Law Offices of David Freidberg, today, (312) 560-7100, or send an email, to schedule a no-obligation consultation.