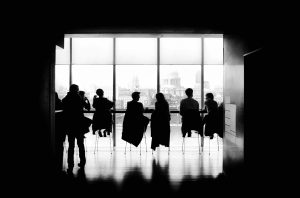 The temping industry in Chicago has often failed the minimum standards test when it comes to workers’ rights and other pertinent matters. For a start, many of these agencies will attempt to pay below the minimum wage or just at the minimum wage with the proviso that there are other agency fees that effectively reduce the take-home pay even further. The hiring malpractice of some of some temping agencies includes engaging in unlawful discrimination based on age, race, gender, nationality, and disability. Even where there is compliance, it is often at a bare minimum in order to avoid prosecution.

This is an important consideration for the law not least because it entails a growing workforce sector that has significant implications for the economy. The people who are affected by the malpractice are some of the most vulnerable in the community, and they end up facing a judicial system that does not seem to respond to their needs. Unless it is a class action, this is not a very lucrative endeavor for lawyers, and that can sometimes hinder progress in terms of bringing the human rights issues to the fore.

Understanding How an Industry Can be Corrupted

That is not to say that every firm breaks the law. There are companies that follow the law to the letter. Others extend themselves beyond minimum standards in order to ensure good terms of employment for their workers. Others are less magnanimous in their work and tend to adopt predatory practices that are simultaneously exploitative. Many workers are routinely taken advantage of as part of the process of temping, and the fact that they do not have a voice adds to their feelings of helplessness.

Investigations have revealed systematic discrimination along lines that are considered to be illegal. Particular attention has to be paid to issues of gender and race because they seem to be the focus of the reform agenda. Some employers use the fact that they are allowed to selectively employ workers to veer away from the legal principles of equity and fairness. They will refuse to hire or alternatively sack people based on factors that should ideally not be relevant in the decision-making process. These include the gender and race of the person affected.

Reporting is an important tool in trying to enforce good practice in order to achieve better industry trends. The rationale is that if temping agencies are forced to make clear reports about the activities of their workers, recruiters, and HR managers, then they are less likely to engage in malpractice of any description. It is important to note that no legislation can completely wipe out the discriminatory practices of some employers, not least because some of the employment decisions are made without any distinct outward indicator as to why they were taken in such a way. Quite simply, the employer can hide their true intentions.

It is anticipated that the new reporting requirements will go some way towards weeding out those service providers and temping agencies that are engaged in wholesale systemic abuse of the process. Political and economic considerations have sometimes overwhelmed practical, ethical, and pragmatic considerations when it comes to creating protective rules in this category. The worker who dares to bring a case forward will inevitably require the services of an experienced and confident attorney. There is also a requirement for liaison with paralegal institutions such as the trade unions in order to develop a compelling case of breaking the rules and regulations. With a class action, the chances of success are markedly improved, although the individual recompense may be limited by redistribution. For a professional opinion on your temping discrimination case, contact David Freidberg Attorney at Law at 312-560-7100 today.