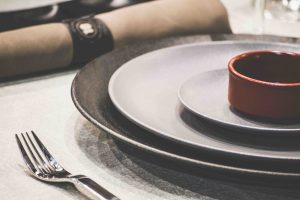 The Chicago Sun-Times is reporting that the daughter of an Arlington Heights couple has been charged in the murder of her parents. According to police, Deborah Jane Martin stabbed her father and his wife to death multiple times a few hours after they had dinner with neighbors. Police appear to have recovered a journal in which the woman alludes to wanting to kill her parents. According to police, the journal contained multiple references to carrying out the murder including one as recent as six days before the incident.

Police also have a phone call from Anne Martin to 911 in which she sounds like she’s saying “No, Debbie” and the murder weapon was found in Deborah Jane Martin’s bedroom. The woman is being charged with first-degree murder.

If everything the police are saying is true, then they pretty much have their suspect dead to rights, right? Not so fast. The woman may have been caught red-handed, but we still do not know why she did what she did. Why is important, especially when it comes to charges.

There are a couple of points that are worth noting here. If the woman did, in fact, murder her parents, she did a very bad job of covering it up. She could have, for instance, made it look like an accident, or at least left fewer clues pointing to her. She also seemed to set it up so that she would be caught. So, we know that ‘what’ and the ‘how’ of the case, but we do not know the ‘why.’

‘Why’ is important for establishing what kind of murder the woman committed. If she committed a premeditated act that she knew was wrong, even if it was for revenge, she can be convicted of first-degree murder. A case could be made that she had this rage bubbling inside of her for years. Perhaps she sustained some kind of physical, sexual, or emotional abuse during that period. If she did, those will be elements to proving that a burst of rage was triggered by some event. Now, you have put the question of second-degree murder before the jury and they have to decide whether or not the act was premeditated based on the evidence or a heat of passion reaction.

With a potential defense such as that hanging over a prosecutor’s head, it might be possible to plead down to second-degree murder. On the one hand, a prosecutor would need to be fairly insecure in their ability to prove first-degree murder, but it would also save the cost of an expensive trial. If they are that insecure in their ability to get a jury to convict on first-degree murder, then it may be worth it to question whether or not going to trial would be in your client’s best interest. Since Illinois does not have a voluntary manslaughter law in the case of the homicide of an adult, second-degree murder seems like a best-case scenario for this defendant.

Charged with a serious crime? David Freidberg, Attorney at Law can help. Give us a call at (312) 560-7100 and we will get you the best possible deal while ensuring that the prosecution proves every element of their case.