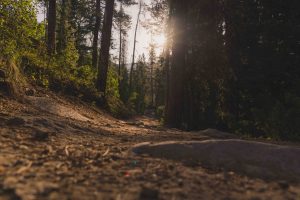 A 17-year-old is being charged with attempted sexual assault and two counts of aggravated battery. The woman was on the Old Plank Trail in Frankfurt when the attacker, Anthony M. Carbone, allegedly pushed her to the ground. The woman asked him what he was doing and Carbone apparently looked startled and then ran off.

The police determined at some point during interrogation that Carbone was attempting to rape the woman he knocked over. But the question of how they came about that information and why the man chose to flee instead of continuing to do whatever it was he was doing will complicate their case.

Questions of Interpretation Fall the Way of the Defendant

When announcing stories to the press, the police are under no obligation to be completely honest. They cannot necessarily outright lie. What they generally do is interpret the available data in the worst possible way—the way that generates the highest possible charges. The D.A. then takes this data and tries to convince a jury that it should be interpreted in the worst possible way. In lieu of this route, the D.A. will offer a plea bargain for a reduced charge that avoids a jury trial altogether.

Beyond a Reasonable Doubt

All of these questions appear to mitigate the severity of the defendant’s charges. In other words, he might be guilty of battery or even aggravated battery, but why are we assuming that he attempted to sexually assault the woman?

So it is a question of: Did the police catch a would-be serial rapist before he had a chance to harm anyone or is this a man who has been seriously overcharged by an overzealous police force?

If you have been charged with a crime in the Chicago area, call David Freidberg, Attorney at Law at (312) 560-7100 and we will ensure that the prosecution actually proves its case to the standard required by law.