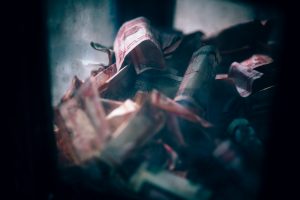 It used to be that currency creation and distribution was the sole responsibility of state agencies, such as the central bank. However, the advent of non-official and bespoke currencies has meant that there are many people who are inadvertently breaking the law. The definitions of currency have expanded so much that the law sometimes appears to be contradictory. Some of the industries that are affected in Chicago include staffing agencies and factories. Moreover, there are some online currencies such as Bitcoin that lie outside the traditional strictures of currency controls. In the worst case scenario, there is an actual factory of illegal tender. Some of these crimes can lead to significant terms of imprisonment.

The first criterion relates to how the currency was manufactured or distributed. As stated earlier, the expectation is that only the state can make currency. It is for this reason that the federal agencies might be involved since states do not currently have the right to make currency. The case law indicates that currency schemes are sometimes considered to be a much more serious offense than counterfeiting of even forgery. Some of the constituent aspects of the crime are legislated under the instrument number 720 ILCS 5/17-0.5, but that instrument also talks about other forms of deception and fraud which may not necessarily relate to currency schemes.

The courts will be interested in the scale of operation as well as the level of sophistication involved, each having legal implications. The chances are that when there is significant sophistication in the commission of the crime, the state will be looking to consider that as an aggravating feature. Some of the convictions have led to indicative sentences of about 20 years, but that is in cases in which the scale of the operation is way beyond what a simple scam would involve. The courts may consider convicting the defendants even when they are using legal tender but in ways that are designed to defraud the public. For example, making out that money is a lot more valuable than it is could be an indicator of a criminal mindset.

The crime may overlap with counterfeiting if the currency that has been produced is similar to legal tender. For obvious reasons, the use of expert testimony will be of the essence. That is why the defending attorney must take the first opportunity to hire and consult with people who have expertise in this field. Some have wondered whether currency schemes are victimless crimes. That view is a poor reading of the legislative arrangements and current legal practice. Currency schemes are quite capable of causing harm to the public who are invested in something that will never work. They can also lead to significant losses for the economy.

Critical Issues for the Defending Attorney to Consider

The starting point is to try and convince the prosecutor that there is no probable cause or alternatively, that the mens rea cannot be proved. This might be difficult if the defendant has benefitted from the currency scheme in any way. The next step is to look at the procedural failings of the prosecutor. A case in point is the failure to read the Miranda rights or alternatively denying the defendant access to his or her attorneys. The third level involves the court process or the trial. Here the defending attorney will try to minimize the involvement of the defendant as well as the impact of his or her behavior. That can be a risky strategy if the court perceives that the defendant is being flippant about a potentially serious criminal offense. Currently the regulatory challenges involved in prosecuting currency schemes mean that the law is bound to face significant changes in the short run. If you need help with your case, Call David Freidberg Attorney at Law right now at 312-560-7100 to get the legal help you need today.