An Indian Head Park man was arrested and charged with home invasion after allegedly gaining access to the victim’s home by impersonating a police officer and assaulting the man. 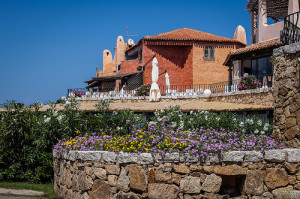 While home invasion and residential burglary have similar elements – both involve unlawfully gaining entry into the home of another – they are two distinct crimes. Home invasion has the added element of unlawful entry of another person’s home knowing that at least one person is present in the home at the time of the invasion, or gaining entry by falsely representing himself to be someone else, with the intent to cause injury to the resident.

Like burglary, home invasion is a specific intent crime. The intent required for the crime applies to several different elements. In order to gain a conviction, the prosecution must prove that the defendant knowingly:

In defending against a specific intent crime such as home invasion, the defense strategy is to raise as much doubt as possible regarding whether the defendant had the necessary intent for each element of the crime. The defense would therefore examine all of the circumstances surrounding the case to find any evidence that would tend to disprove intent. Such evidence may include:

When you are arrested and charged with home invasion, contact Chicago home invasion attorney David L. Freidberg before speaking with the police. Depending on the circumstances of your case it may be possible to have the charges reduced to burglary. But that strategy may be impossible if you have already spoken to the police. With close to 20 years’ experience handling Chicago home invasion cases, David L. Freidberg knows the arguments to make that can cause police and prosecutors to reduce the charges before the case progresses. But once you speak with police, that chance may be lost. Serving clients in Chicago, Skokie and DuPage County, contact our office at 312-560-7100 today. Someone is available 24/7 for a free initial consultation.