A startling new report released by the American Civil Liberties Union (ACLU) found that Chicago police conduct more stop and frisks than any other police department in the nation. In 2014, the Chicago police conducted more than 250,000 stop and frisks that did not result in arrest, making the possibility very real that a vast number of them were unreasonable searches and seizures. 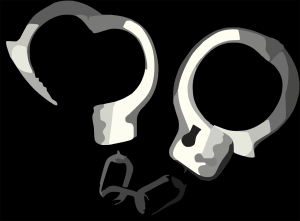 Stop and Frisk in Chicago

The ACLU report indicates that 93 out of every 1,000 Chicagoans were stopped by a Chicago police officer in 2014. More alarming than their frequent use are the targets – 72% of all stops were of African-Americans, even though African-Americans comprise only 32% of the city’s population. They are more likely to be stopped in predominantly white neighborhoods as well. In the Near North District, which has only a 9.1% African-American population, they made up 57% of all stops.

I have discussed stop and frisks frequently on this blog, as they are one of the prime areas of police abuse and at the root of most unreasonable search and seizures. Under the 1968 U.S. Supreme Court Case Terry v. Ohio, the court ruled that law enforcement may stop any person on the street, provided the officer has a reasonable suspicion that the person has either committed, is in the process of committing, or is about to commit, a crime. Once the stop is complete, the officer may frisk the person only if he believes the person is dangerous or has a weapon.

“Contact cards” filled out by police following such stops show that police are abusing their right to stop individuals. Chicago police officers complete contact cards for every stop that did not result in an arrest or charge, noting information about the person and the reason stopped. Information pulled from the cards shows that police are stopping individuals for dubious, if not completely unwarranted, purposes. And the fact that the cards are not completed if the stop did not lead to arrest or charges makes it impossible to accurately determine how many stops are of innocent Chicagoans.

The completed contact cards that were reviewed during the ACLU’s study show that many Chicago police officers have a poor understanding of what they are legally allowed to do during stop and frisk. This reinforces the fact that if you are stopped and subsequently arrested by police, even if they find illegal contraband during a frisk, you should not answer any question or make any statement until you have a lawyer by your side. Law enforcement is required to follow specific procedures in regard to search and seizures, and failure to adhere to those procedures can result in evidence against you being inadmissible at trial. But confess to committing a crime, even when the results of the frisk are later deemed inadmissible, and you will severely hinder the defense attorney’s ability to get the charges against you dismissed or win an acquittal at trial.

Chicago police conduct unreasonable search and seizures every day. An experienced Chicago search and seizure attorney can get that evidence tossed out of court, resulting in a dismissal or acquittal. David L. Freidberg has almost 20 years’ experiencing handling cases involving unreasonable search and seizures by Chicago police officers, and can help get the evidence uncovered during a Chicago stop and frisk ruled inadmissible. With offices in Chicago, Skokie and DuPage County, someone is ready to assist you 24/7. Contact our office today at 312-560-7100 to schedule your free initial consultation.