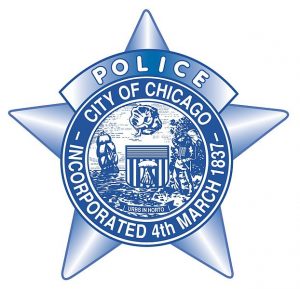 The Chicago Police Department (CPD) has a list of Chicagoans who are believed to be at risk of either killing or being killed. The police started compiling their Strategic Subject List three years ago in an attempt to save the lives of everyone listed, reports the Chicago Tribune. One by one, individuals on the strategic subject list are visited during a proactive well-being check. These checks, known as “custom notifications,” do not involve arrests but instead conversations and warnings. Officers warn listed individuals that they have been identified as being at risk for killing or being killed and that there are alternatives for safer lifestyles available to them. Depending on the circumstances, officers sometimes bring community activists or religious leaders with them during these well-being checks.

What Factors are Used to Generate Chicago’s Strategic Subject List?

The police have not precisely explained the factors that are being used to identify at-risk individuals for their Strategic Subject List. However, the department did tell the Chicago Tribune that they are focusing on the 1,400 individuals who are considered to be most at risk and that a person’s criminal record, age at first arrest, and whether the person has been previously shot are all taken into account. Some civil rights organization leaders in Chicago are concerned that the CPD is not telling the public which factors are being used to create the Strategic Subject List and worry that this lack of transparency may be masking racial profiling. The Police Department says that they will not release the precise combination of factors that are being used as doing so would undermine the program’s effectiveness.

How Accurate is this Predictive Data?

Proponents of Chicago’s Strategic Subject List claim that the list is extremely accurate because many murders in Chicago are gang-related and that the Police Department already has a good idea of who in the community is affiliated with a gang. In other words, proponents claim that a small number of people are killing each other in Chicago and that the police essentially already know who they are. While it is unknown exactly how accurate the CPD’s predictive data is, the department claims that 80% of the Chicagoans who were victims of violence over Mother’s Day weekend were on the Strategic Subject List. Additionally, the New York Times reports that more than 70% of the people who have been shot this year in Chicago were on the list, as well as more than 80% of the individuals who have been arrested in connection with these shootings. Figures such as these have led police officials to believe that they are targeting the correct people.

If you are being investigated in connection with a crime in the Chicago metropolitan area, it is important that you consult with an experienced criminal defense attorney who is committed to zealously defending your rights. Attorney David Freidberg is an extremely talented and reliable criminal defense lawyer who would be happy to discuss your legal options with you during a free and confidential consultation. Call us today at (312) 560-7100.

Shootings in Chicago are Skyrocketing: Too Much Police Paperwork to Blame?