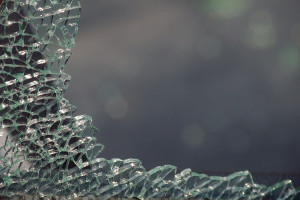 What are the Penalties if Found Guilty of Fetal Homicide?

Intentional Homicide of an Unborn Child – The sentence for intentional homicide of an unborn child is the same as the sentence for first degree murder, except that the death penalty is not allowed for this crime and there are penalty enhancements of 15 years, 20 years, and 25 years to life if the defendant is armed when the crime is committed, if a firearm is used during the offense, and if the discharge of the firearm caused serious bodily injury, permanent disability, or death.

Voluntary Manslaughter of an Unborn Child – Voluntary manslaughter of an unborn child is charged when a person kills an unborn child while acting under intense passion resulting from serious provocation from another, and the death of an unborn child is negligently or accidentally caused while the alleged defendant is attempting to kill the person that provoked the passions in the first place. Provocation is defined the same way it is for second-degree murder. This is also a Class 1 Felony, which can result in a sentence of 4-15 years in prison and a fine of up to $25,000.

Reckless homicide is the charge brought against the defendant in this case and in any case in which a person is alleged to have unintentionally killed an unborn child while driving a vehicle.  This is a Class 3 felony, but it can be enhanced to a Class 2 felony if the accident occurs in a school zone or a construction zone.

There are a number of defense strategies Mr. Freidberg may use to have a charge of reckless homicide reduced or dismissed, or to obtain an acquittal. If you are being charged with homicide of an unborn child, it is important to seek experienced legal representation from an experienced Cook County homicide defense attorney. We offer a confidential consultation so we can explore your legal rights and potential defenses. Contact us today at 312-560-7100 or email us, and let us fight for you.