A Chicago man out on bond for a sexual assault charge was arrested recently for an unrelated murder. The defendant, who is accused of raping three girls last year along with eight other men, allegedly shot two men on Chicago’s west side; one of the men died at the scene, while the other suffered a gunshot wound to the arm. 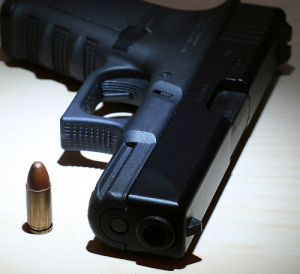 This case is a criminal defense attorney’s nightmare – a client, out on bond, gets arrested for committing a second crime. And in this case, the second charge is worse than the first. But it does raise a variety of possible defense tactics, whether it is the same attorney representing the defendant on both charges, or if the defendant has one attorney for the sexual assault charge and one for the murder charge.

Of course, the typical defense against both crimes would be present here. Defense against the sexual assault charge would include:

Defense against the murder charge would include:

But, assuming the prosecution has enough evidence to take both cases to trial, the two pending cases give the criminal defense attorney leverage in negotiations to enter into a plea agreement or to have the charges reduced.

The defendant is one of nine men allegedly involved in the 2013 rape of three women. In a gang rape, it is likely that one of the men was the ring leader; there may be one or more men who have committed prior sexual assaults that the police have not linked them too. If the defendant can help the prosecution bolster its case against other men involved in the rape, or if he has knowledge of any unsolved sexual assaults any of the defendants may have been involved in, the defense attorney may be able to strike a deal with the prosecution for a reduced sentence or a reduction in charges in either the murder case, sexual assault case, or both.

It is always the goal of any criminal defense attorney to achieve an outright dismissal of charges, or to obtain an acquittal in court, for his client. But when the evidence shows that the defendant is likely to be convicted, an experienced criminal defense attorney knows when to use any leverage available to help his client win a reduction in charges or a reduced sentence.

An arrest and charge for any crime, whether misdemeanor or felony, is a serious matter. If you or a loved one has been arrested, contact Chicago criminal defense attorney David L. Freidberg today. With almost 20 years’ experience handling all types of criminal cases, David L. Freidberg has the knowledge, resources and tenacity you need, and will work tirelessly to get the charges against you dismissed, achieve an outright acquittal or, if it appears from the evidence that an acquittal is unlikely, a reduction in charges. Contact our Chicago, Skokie or DuPage County office 24/7 at 312-560-7100 to schedule a free consultation.