Two Chicago men have been charged with unlawful restraint, aggravated assault, aggravated robbery and aggravated criminal sexual assault with a weapon for allegedly luring escorts to vacant office buildings in an attempt to rape and rob them. 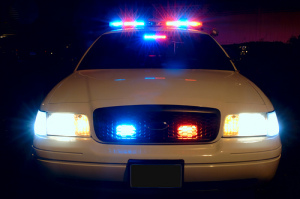 Upon first hearing of this case, many people might think, “How could these women have been raped, when they were hired for sex?” (Although not all escorts provide sex to their clients, for this post we will assume these women intended to do just that).

In a prior post I discussed a similar case involving a McHenry County man convicted of raping prostitutes he connected with via Craigslist. So although these women went to the building with the intention of having sex with the defendants, under the law they may withdraw their consent at any time.

Whether consent was granted or withdrawn is difficult to prove in sexual assault cases, and always comes down to a he said-she said argument. It is particularly difficult to prove lack of consent in cases involve sex workers, since sex was the whole motivation for the defendant and alleged victim to meet. In these cases, the best defense would be to provide evidence showing that the alleged victims only claimed lack of consent because the encounter did not go as planned.

Encounters with prostitutes or escorts are a business deal, so the strongest defense (assuming forensic evidence proves that sexual intercourse took place) is to provide evidence of a business deal gone wrong, and the alleged victims fabricated or exaggerated the events in retaliation.

Like any business deal, the women likely quoted the defendants a price for their services. Upon arriving at the building and completing the transaction as planned, the defendants may not have been able to pay the quoted price. Or they may not have ever intended to pay. In either event, this would not constitute sexual assault – instead, it would be theft of services. However, a sex worker would not be able to press charges for such a crime, since prostitution itself is a crime. Their only recourse, then, would be to fabricate a claim of sexual assault, as well as all other charges as retaliation.

It is important in sexual assault cases which rest on consent, or lack thereof, to examine all of the evidence – forensic and eyewitness – as well as the circumstances that led to the meeting and details regarding the sexual intercourse, to determine whether it can be used to prove or disprove consent.

In cases involving multiple defendants, if the facts tend to show that a guilty verdict is likely, an experienced criminal defense attorney will work with his client and the prosecution to obtain a lesser sentence or to have charges reduced in exchange for cooperating with the prosecution.

In cases involving multiple defendants, it may be that one defendant instigated the crime, or that one did not actively participate, but was only an accomplice or unwilling participant. In these cases, the prosecution may be willing to cut a deal in exchange for testimony to convict the co-defendant. This is an especially attractive proposition to the prosecution in cases where lack of consent may be difficult to prove, such as in the case of a sex worker where the jury may believe she could not be raped since she sells sex for a living.

David L. Freidberg has worked with many Chicago prosecutors throughout his almost 20-year career to successfully negotiate a plea deal for his clients that save them substantial prison time. He will put these negotiation skills to work for you.