Two employees of a Chicago-area nursing home are facing criminal charges after a 96-year-old woman froze to death inside of a van on a cold Chicago night. Prosecutors contend that the woman was being transported to a nearby hospital for medical attention but never made it home. The driver of the bus parked the van without checking to see if the woman was still in the back. She was left there overnight and discovered the next morning after having frozen to death. Afterward, the bus driver made a fake entry into a logbook that the woman was returned to her facility on time.

Other employees are also facing charges related to their failure to account for the woman over the course of an entire night. According to the complaint, the facility’s resident care manager was notified that the woman was not accounted for, but allegedly made no effort to find her. The next morning, staff began conducting a search for her and she was found still on the bus.

END_OF_DOCUMENT_TOKEN_TO_BE_REPLACED 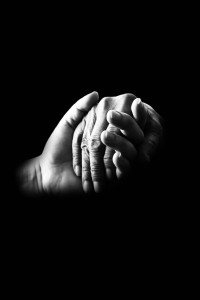 Given the aging population and the struggles people face in today’s economy, more and more extended families are living together and caring for aging relatives. If you live with an aging parent or another loved one who is suffering from an age-related disease, you probably know that certain medical conditions can cause your loved one to be confrontational and even sometimes violent. Such conditions include dementia, mental illness, and Alzheimer’s disease, among others. Most domestic violence allegations involving the elderly arise out of confrontations in which the caregiver is simply trying to prevent the senior from injuring another member of the household, the caregiver, or even themselves.

What you might not be aware of, however, is that you can be charged with domestic violence if your loved one accuses you of mishandling his or her finances. If you have been arrested for elder abuse because of the alleged financial exploitation of an elderly loved one, you need to protect your rights and contact an aggressive criminal defense attorney immediately.

What Do You Need to Know?