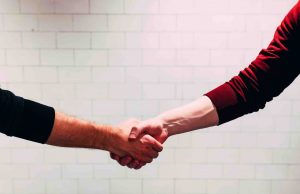 Plea bargaining is an important part of the legal system. It is one of the most common, if not the most common way cases end. Not every case will end in front of a judge and a jury. A large number of them are dropped or end with a plea deal. So, what is a plea deal? A plea deal is an agreement between the prosecutor on the case and your criminal defense attorney. Let us take a look at plea bargaining and how it can help your situation.

One of the biggest advantages of plea bargaining in a criminal case is that it can be performed at any point in time throughout the case. This means that your attorney can negotiate a deal just minutes after you have been arrested. A deal can also be struck before charges are actually filed against you. Then there is the opportunity to negotiate a deal up to minutes before you walk into court for your trial.

It all depends on your view of the case and what your chances are at avoiding time in jail. You can change your mind whenever you want. Just tell your defense attorney you want to negotiate a deal. Maybe your case went to trial and resulted in a hung jury. Most cases then wind up ending with a deal in order to avoid a second trial. Some cases end with a deal after conviction but while the case is being appealed.

Entering a Plea of No-Contest

If you choose to enter a plea of no-contest in a criminal case you are telling the court that you have no plans to contest the charges against you. It is basically the same as a guilty plea except that if the plaintiff in the case decides to file a lawsuit against you, the no-contest plea cannot be used as evidence as an admission of guilt against you in that separate case, which happens in civil court. A plea of no-contest will appear on your record during a background check.

A plea deal will still negatively impact your life. As mentioned earlier it will appear on your record during a background check. A plea deal is much like a conviction. It can lead to losing your right to vote, the loss of your driver’s license, hefty court fees and fines, and you could still be sentenced to time in jail or prison.

Benefits of a Plea Deal

Have you ever wondered if there are benefits to a plea deal? There are, and for starters, the biggest benefits is avoiding a lengthy trial. No one wants to sit through a trial and worry about their fate for months on end. A plea deal could also help you avoid a tough punishment that could come with a sentence issued by a judge after conviction. You will also avoid the negative publicity that comes with going to trial.

If you have been charged with a crime in Chicago it is time to contact an experienced criminal defense attorney. Call the office of David Freidberg at 312-560-7100 to schedule a consultation about your case today.