Three Chicago men were charged with murder for the shooting death of a Chicago resident recently. The men are accused of pulling up alongside the victim’s car and opening fire; the victim later died of a gunshot wound to his arm after trying to flee the scene. 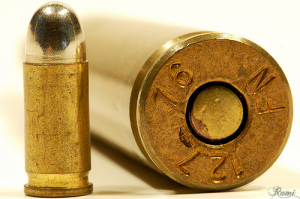 Co-Defendants and the Felony Murder Rule

In August I discussed the case of a young Chicago boy who was charged with the murder of his friend, even though the friend was shot and killed by an off-duty Chicago police officer. The officer killed the victim during an attempted armed robbery. The defendant was charged with murder under what is known as the felony murder rule, which allows all persons involved in the commission of a felony to be charged with first-degree murder for any deaths that occur during the commission of the crime.

That same rule may apply to the defendants in this case. At present, they are each being held on charges of murder, though authorities have not yet determined (or have not yet made public) who the shooter was. Eyewitness statements indicate that a passenger was the shooter.

Whether or not the rule would apply in this case depends on if the defendants intended to commit a crime when the shooting occurred. For example, if they were driving around in the middle of the night looking for a person to rob, then they could all be charged with first-degree murder since the victim was killed while they attempted to carry out the robbery.

If, however, they were driving around aimlessly just to pass the time, as teenagers often do, and the driver and the second passenger had no idea that the shooter intended to fire at the victim when they stopped the car, then they have an argument for having the murder charges dismissed or reduced.

Cases involving multiple defendants offer an increased opportunity to strike a plea deal with the prosecution, especially in murder cases where one person was ultimately responsible for the victim’s death. The co-defendants may be able to offer testimony showing that the shooter had a prior beef with the victim, and that the murder was premeditated. In exchange for such testimony, the prosecution may be willing to reduce the first-degree murder charges against the two co-defendants not involved in the shooting, because the testimony raises the probability of winning a first-degree murder conviction against the shooter.

In these cases, having a criminal defense attorney who has established good working relationships with Chicago prosecutors is vital.

If you have been arrested on a Chicago murder charge, your first call should be to Chicago murder attorney David L. Freidberg. With close to 20 years’ experience handling felony murder cases, David L. Freidberg not only understands the legal arguments behind the felony murder rule, but has the relationships with prosecutors to negotiate the best possible result for his clients. Serving clients in Chicago and the surrounding suburbs from his Chicago, Skokie and DuPage County offices, somebody is available to take your call 24/7. Call our office today at 312-560-7100 to schedule a free consultation.