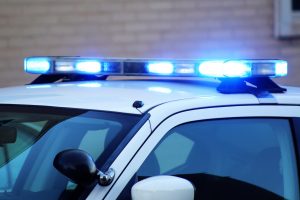 “You have the right to remain silent. Anything you say may be used against you in a court of law.  You have the right to an attorney.” The Miranda warning, or Miranda rights, are probably familiar to anyone who has watched police dramas or true crime shows on television, but the practical aspects of them are often misunderstood.

People in the United States have the rights under the Fifth Amendment against self-incrimination and under the Sixth Amendment to an attorney when they are being accused of a crime by law enforcement. The Miranda warning developed out of a Supreme Court holding in Miranda v. Arizona, 384 U.S. 436 (1966) which set out that in order for a statement made to law enforcement officers to be admissible in court the accused needs to be made explicitly aware of these two rights. The Miranda warning statement thus serves two purposes. First, it defends the accused by notifying them of their rights, and second it ensures that any statements that the accused makes to the police will be admissible in court.

Ironically, the defendant in Miranda, Ernesto Miranda, did not benefit from his victory in front of the Supreme Court—he was found guilty of kidnapping and rape when his case was sent down for a new trial, and ended up serving 30 years in an Arizona prison.

A Caution Regarding Self-Incrimination

There are several caveats that people need to be aware of regarding the scope of the Miranda warning. To begin with, the police are only required to give the warning if they intend to interrogate a suspect, not when they place a suspect under arrest. Because of this, anything that a suspect confesses to of his or her own volition prior to the officers beginning to question them is admissible at trial. Second, and possibly more importantly, statements made by a suspect, regardless of Miranda warnings or their admissibility in court, can be acted upon by the police.

As an example, if the police were questioning a suspected bank robber without reading the Miranda warning, and realizing this the suspect admitted to robbing the bank and tells them that the money is in the suspect’s house, assuming that it would be inadmissible, while the police could not use the admission in court they are completely within the law to search the suspect’s house. Then after finding the money in the house, they could use that fact to convict the suspect in court.

Thus, anyone who has been accused of a crime will find it in their best interests to only tell the police that they request legal counsel, then say nothing at all until they have spoken with the attorney. A suspect has to affirmatively request an attorney prior to one being summoned for the suspect, so this should be the first and last statement a suspect makes, and the only subject discussed.

A recent Supreme Court ruling, Berghuis v. Thompkins, 560 U.S. 370 (2010) has been a matter of discussion in the legal community, and the changes it has made to the Miranda holding are important to every American, as well. In Berghuis, the Court stated that merely remaining silent is insufficient to invoke a suspect’s rights under Miranda, and that the suspect must now affirmatively invoke these protections. This can be done by stating that “I wish to exercise my Miranda rights.” If a suspect does not do this they are considered to have waived these rights.

If you have been accused of committing a crime in the Chicago area, contact the Law Office of David L. Freidberg, P.C. toll free at (800) 803-1442 or by email at dfreidberg@freidberglaw.com immediately. The sooner you have an attorney representing your best interests the better the potential outcome of your case.