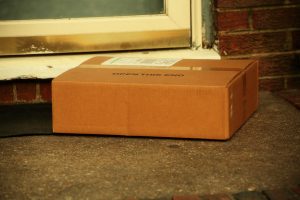 The legalization of recreational marijuana in several states over the last few years has created a business opportunity that some people are finding difficult to resist. Non-commercial cultivators in states like Colorado that have legalized recreational marijuana have little legal regulation, and even less oversight, and with prices for their product being between 300% to 500% higher in states where the possession and use of marijuana for recreational purposes is still illegal, there is a huge incentive for these gray-area cultivators to export their crops across state lines.

Illinois resident Ryan Bailey was arrested on January 7 by Chicago police after receiving a seven pound package of marijuana sent to him from a nonexistent shipping company in Aurora Colorado. Before moving to Chicago, Mr. Bailey had lived in Colorado, where he and his wife had run both a growing facility and dispensary where he got in legal trouble for running a much larger operation than was allowed without commercial permits. Prior to his January 7th arrest, Mr. Bailey was arrested previously when the Chicago police department raided his home in Northwest Chicago and found over 40 pounds of marijuana. In both cases the raids were set in motion by UPS employees who reported delivering packages that smelled strongly of marijuana.

In January of 2016, Cook County revised some of their drug laws in an attempt to free up law enforcement resources to better deal with Chicago’s violent crime epidemic. Possession of misdemeanor quantities of marijuana, less than 15 grams (about 25 joints) will result in the offender being issued a citation ranging from $250 to $500 rather than being arrested, unless the occurrence happened near a school or in a public park, in which case the accused will be arrested as they would have been prior to the changes in the law. However, if a person is caught actually smoking the marijuana rather than only being in possession they, at the police officer’s discretion, may still be arrested for it.  In order to be eligible for a ticket instead of an arrest, a person must have less than three prior citations for possession.

The new laws have also created an alternative prosecution program intended to move repeat offenders of Class 4 felony possession charges, into drug rehabilitation programs rather than jail.  Treating drug offenders like this will free up a substantial amount of resources: in 2015, a quarter of all felony cases prosecuted in Cook County were Class 4 drug possession charges, and there were also over 15,000 prosecutions for misdemeanor amounts of marijuana that would now be eligible for a citation rather than prosecution.

People should be aware that despite the changes in Cook County’s drug policies, these are not applicable to the rest of Illinois, and additionally do not affect laws on a national level: shipping marijuana across state lines is still a Federal crime, and people in Chicago can still be prosecuted Federally regardless of the amount of drugs they are in possession of.  It is entirely probable that this will change in the future, but at the moment it is a risk not worth taking.

If you have been accused of a drug related offense in the Chicago area, contact Law Offices of David L. Freidberg, P.C. toll free at (800) 803-1442 or by email at dfreidberg@freidberglaw.com immediately. The best thing you can do when faced with legal challenges is retain an attorney, and the sooner you do the better your potential results will be.