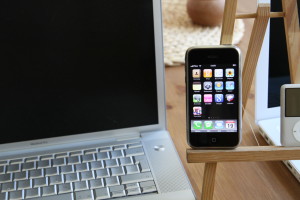 We live in the age of the internet, social media, and video games. People are becoming less social in real time and are becoming more and more addicted to their YouTube, Twitter, Facebook, or Instagram accounts. During social media chats and brawls, individuals often lose all connection with reality and act out their fantasies. Sometimes those fantasies can take on a dark and sinister turns. The internet has become a place where individuals and roving mobs have videotaped themselves committing crimes and then uploading their “confessions” to the crime for the entire world to see.

In 2013, a Florida man by the name of Derek Medina, murdered his wife and upload pictures of her body on Facebook for all his friends to see. During his trial he asserted that he shot his wife in self-defense in that she was threatening him with a knife. Evidence showed to the contrary. Medina shot his wife eight times while she was cowering on the floor. There also appeared to be evidence that he had planned to kill her if she left him. These ongoing battles between Medina and his wife were shared with their friends on Facebook.

Medina was ultimately convicted of second-degree murder. He was also charged and convicted of firing a firearm inside a dwelling, and with child neglect. The murdered victim’s ten year old child was in the home when her mother was killed. The child was left in the home all by herself while Medina went to the police station to turn himself in. See latimes.com.

In 2014, a story broke about two young girls, 12 years of age, who attempted to stab their best friend to death in order to appease a fictional character called “Slender Man.” Slender Man is a character that was created in an ongoing thread in the internet form entitled “Something Awful.” To these two young girls, reality and fantasy merged, so much so, that they could not tell the difference between the two, and Slender Man became real to them. This story is the subject of a documentary entitled “Beware the Slender Man.” For more information on this story, see the Washington Post and 5nbcChicago.

When people commit crimes and post their criminal activities online, it is like leaving bread crumbs for the police to follow, leading straight to them. The videos and pictures posted of the crime become actual online confessions to the crime.

Law enforcement has discovered social media as one of their best tools for solving crimes. Take for example a New York gang member, Melvin Colon, suspected of murder and drug trafficking, advertising his criminal activity on Facebook. In addition, Colon sent private more incriminating information about his criminal wrongdoings to one of his friends via Facebook. This Facebook friend, who received Colon’s private postings and messages eventually agreed to give the police access to this information. A federal court ruled that items shared on social media do not have any expectation of privacy or confidentiality; therefore, Colon’s online “confessions” could be used as evidence against him at trial.  “United States of America vs. Joshua Meregildo, et al.”

There are many ways law enforcement can use Facebook to gather evidence in solving a crime. One way is by using the state’s subpoena power to gain access to private data, directly from the network, or to create “fake” profiles designed to interact with the person or persons they are investigating. The use of social media in solving crimes is on the rise. Perpetrators of criminal acts who decide to memorialize their crimes on social media will find that their “fifteen minutes” of fame will cost them dearly in the end. See CNN.com

If accused of a crime, it is important that you know what your rights are, and how to protect them. The need for an experienced criminal defense attorney begins with the charge and arrest. Knowing your rights is the first step in the process, and continues thereafter through a possible trial to acquittal or sentencing. So if you are being charged with any crime, including murder, sexual assault, or battery, and would like to discuss all of the potential defenses available to you, call the Law Offices of David Freidberg today, at (312) 560-7100, or send an email, for a no-obligation consultation.