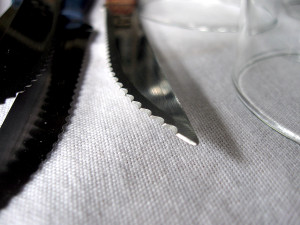 High profile cases usually get a lot of attention in the media. Sometimes, media attention can advance the cause of justice, and sometimes it can inhibit it. When a case is tried in the court of public opinion, facts are sometimes ignored and emotions become the measuring rod for “guilt or innocence.”

There have been a few high profile cases that have garnered such media attention, both past and present. But in this century there is one particular case that has received the most attention.

One infamous high profile case comes to mind, The State vs. O.J. Simpson. Twenty-five years ago, Nicole Simpson and Ron Goldman were brutally murdered at Nicole Simpson’s home in Brentwood, California. Attention focused on one particular suspect, Nicole’s famous ex-husband, O.J. Simpson. Simpson was arrested and charged with the murders, and the case gained immediate media attention due to Simpson’s celebrity status.

The O.J. Simpson case became one of the largest high profile cases we have seen in America, in this century. The trial was televised daily, and ordinary citizens were given a play by play viewing of events as they took place. In this instance, it is understandable how verdict by “public opinion” can become a reality.

Most recently, interest in the O.J. Simpson case has been rejuvenated; partially because of the movie called “The Crime Story”; partially because a construction crew found a knife buried at the Simpson former estate and crime scene in Brentwood, that could possibly prove to be the murder weapon.

Renewed interest in the O.J. Simpson case has been brought to the forefront by the airing of the move, “A Crime Story” which debuted this year. The movie depicts the events leading up to, and ultimately the trial in what was considered the Crime Story of the Century. This movie attempts to give an in-depth understanding of the events that was the O.J. Simpson Trial.

The Los Angeles police department has confirmed that a knife was discovered buried on the Brentwood property previously owned by Simpson. The murder weapon (a knife) was never found. It is understandable that twenty-one years later, a knife discovered at the crime scene would create quite a stir. See 4SouthernCalifornia

The Rockingham Avenue property in Brentwood, California, where the infamous murders took place was demolished by its new owners in 1998. The knife that was found on the property was discovered in 1998, by the demolition crew who turned it over to the security officer in charge. Although it was discovered in 1998, it appears that the Los Angeles Police Department just recently learned of the existence of the knife. Forensics will be performed on the knife at this time to find out if it is, in fact, the murder weapon.

What Affect Does the Media Have on High Profile?

There have been several cases before and after the Simpson case that have gained an exorbitant amount of media attention. The effect that the media can have on these case can be distracting and it can also, to some extent, influence the outcome of the case. In a world of the internet and social media, controlling the media’s influence on such cases is one more obstacle confronting the judicial system.