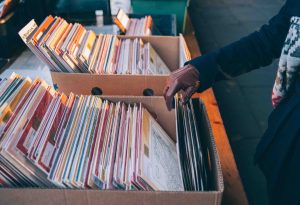 Shoplifting is classified under the theft statutes. The key provisions are contained in statutory instrument number 720 ILCS 5/16-1. It is at the lower end of the crimes of dishonesty but can still be prosecuted and lead to terms of imprisonment. Over the years, there have been many changes that were designed to reform the regime. For example, there are some new sophisticated techniques for shoplifting that may not have been covered by the original statutes in Chicago. That is why defense attorneys have to ensure that they are up to date with the latest versions of the law. This is one of the most prosecuted crimes not because of its seriousness but rather its frequency of occurrence. Shoplifting is an occupational hazard for marketplaces because there are always people who want to take things without paying for them.

Contrary to popular belief, this is not a crime that is consigned to the lower orders of society. Rather, it cuts across, and there have been instances of perfectly wealthy people who have been caught shoplifting. Sometimes, it is a case of temporary economic deprivation; other times, the defendant may be suffering from psychosocial problems such as kleptomania. It is imperative that the defense attorney explores all the possible explanations before the client is either found guilty or sentenced. The existence of a recognized condition might be a mitigating factor in such cases. It is also important to advise the client not to accept higher charges in order to avoid appearing in court because the resultant criminal record can become a hazard.

Protections for the Defendants

Although the law has always tried to protect members of the public, there is increasing recognition that defendants need to be protected too. The legal definitions make this clear.  That is why some of the reforms focus on achieving that protection. In particular, the rules relating to the gathering of evidence and witness statements are designed to ensure that the defendant’s civil rights are not infringed upon in the zeal to make a successful prosecution. A case in point is the previous threshold for being charged. At the time, any value over $300 would lead to a Class 4 Felony charge. The maximum penalty for this could be anywhere from one to three years, which some members of the public considered to be excessive for the crime.

At the moment, the threshold for a Class 4 Felony is $500. Anything below is a Class A misdemeanor, for which the maximum penalty is 364 days in a county jail. That punishment can be cleared off the record through sealing or expungement, unlike the felony conviction, which requires clemency by the governor. The changes are also a practical recognition that prices of goods and services are gradually increasing. The lower threshold might have led to increasing prosecutions without improving the safety of the public at large. Note that these less harsh rules apply to first-time offenders. Hardened criminals with extensive records are unlikely to avoid jail time.

Key Considerations for the Defending Team

It is imperative to understand and explain the defendant’s criminal history and its relation to the government policy of giving people second chances where appropriate. This is because juries and judges are more likely to be sympathetic to first-time offenders than those who have repeatedly broken the law. It is also imperative to discuss the impact of the crime on the victim and any stressors that the defendant may be going through. For example, if they are feeding a drug addiction, therapy may be a better option than sending them to jail where their habit is likely to grow and grow beyond current proportions. If you need an excellent lawyer for dealing with such a case, call David Freidberg Attorney at Law at 312-560-7100 today.