A Buffalo Grove woman reported being awoken in her bed at 4 in the morning to a strange man straddling her in what police are calling an attempted sexual assault.  The woman allegedly fought the man off, and he escaped through a patio door. No arrests have yet to be made. 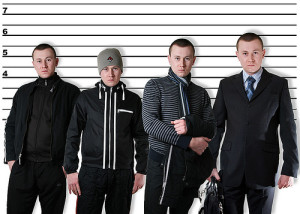 While there is currently no suspect in the case and no charges have been filed, this case is an excellent example of many issues that arise in home invasion and sexual assault cases, and illustrates the importance of hiring an experienced Chicago sex crimes attorney. An acquittal in a case like this depends on the criminal defense attorney’s ability to show the jury how the prosecution’s evidence does not rise to the level of reasonable doubt.

Chicago sexual assault attorney David L. Freidberg has more than 17 years of experience handling all types of sex crimes cases, and knows what it takes to win an acquittal or achieve a reduction in charges. Issues that David L. Freidberg and his team of forensic experts would examine in an attempt to pick apart the prosecution’s case include:

Identification of suspect. The woman was awakened from a deep sleep at 4 in the morning. Groggy from sleep and seeing the alleged assailant in the dark make any identification from a police lineup questionable, as she only had a brief, darkened view of him. Her description of him to the police was extremely generic, with no real identifying characteristics that could distinguish him from any other white male of similar age and build.

Earlier home invasion in the neighborhood. Police reported that a similar home invasion (minus the attempted sexual assault) occurred a month ago in the same condominium complex. It is possible that this was the work of the same individual, and perhaps he was upping his game. Or, going along with the scenario that the alleged victim was trying to save face, it could be that she was aware of the prior home invasion and tacked that on to her story of attempted sexual assault, thinking it would make her story sound more believable.

Lack of physical evidence. Because there was no sexual assault, there is likely no DNA evidence that can tie any future suspect to the attack. Even if a DNA sample can link the suspect, the presence of DNA in the form of semen only proves that sexual intercourse happened. It does not prove the sex was non-consensual.

David L. Freidberg would thoroughly examine the evidence to see if these and any other issues could be raised to cast doubt on the victim’s story and the prosecution’s ability to prove it beyond a reasonable doubt.

If you have been arrested on a Chicago sex crimes charge, you need an experienced sexual assault attorney. Many sexual assaults, whether attempted or completed, come down to he said-she said. It is important that you do not make any statements to the police without a sex crimes attorney present. The police are skilled interviewers who use tactics that can cause you to admit to things you did not do, or who can twist your statements to elicit a ‘confession’. Any later statements you may make, even if truthful, will seemingly contradict your initial statement, thus reducing your credibility. Contact Skokie, DuPage County or Chicago Law Offices of David L. Freidberg, P.C., toll-free today at 312-560-7100 to schedule a free consultation. We are available 24/7 for your convenience.