Two Chicago residents were arrested recently for allegedly committing retail theft at two different stores at Lincolnwood Town Center. But the value of the stolen goods may leave you wondering why police and prosecutors even bothered pressing charges. 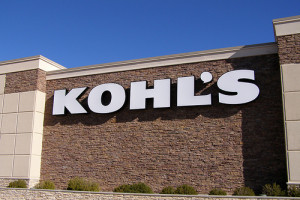 You’re probably thinking: “Wait, the police were called for an $18 pair of socks? For a $46 pair of earrings? The amount of time and resources they spent taking statements, arresting and booking the suspect was probably five times the cost of the items these two people attempted to steal. Can they even get jail time for that?”

Despite the fact that yes, the expenditure in police, prosecutor and court time and resources to follow these two cases from arrest to jury trial far exceeds the value of the items stolen, both these defendants could be facing jail time if found guilty.

Retail theft in Illinois of any property valued at less than $150 is a Class A misdemeanor, which is punishable by up to a year in jail. A charge of retail theft isn’t dependent upon the suspect actually getting away from the store with the item. Once he exits the store with the unpaid merchandise, the crime has been committed, even if store security was watching and waiting for him to step outside before detaining him.

But why bother pressing charges against a person for $18? Taken as a single event, it seems ridiculous. But from the store’s perspective, these small, single events add up and take a toll on their bottom line, so many take a hardline and press charges on all attempted thefts, no matter how small. Many department stores even have signs posted in dressing rooms and other prominent places stating their intent to prosecute all incidents of retail theft, no matter how minimal the value of the stolen item.

From the prosecution’s standpoint, small crimes can add up. While a person may steal only an $18 pair of socks one day, over the course of several years the theft of small items quickly adds up. But that doesn’t mean if you are arrested with retail theft you are guaranteed time spent in jail. Prosecutors are overworked, underpaid and want to close the big cases – murder, robbery, sexual assault and other violent crimes – not spend precious time and resources going after sock stealers. If this is a first or second offense, chances are high that the charges may be dismissed, or we can negotiate no jail time in exchange for a guilty or no contest plea. Or we may be able to have the charges reduced to attempted theft, depending on the circumstances. With an experienced criminal defense attorney, it is often possible to get these crimes pled out with minimal to no jail time, or even outright dismissed.

Theft of an item from a store, no matter how minimal the item’s value, can lead to a charge of retail theft. Even the theft of a $10 book from the bookstore can land you up to a year in jail. If you are arrested for retail theft, don’t meet with police and prosecutors on your own under the mistaken belief that a petty crime means a petty sentence. An experienced Chicago retail theft attorney can help you negotiate a plea bargain with the prosecutor, or even have the charges dismissed, and avoid jail time. With close to 20 years’ experiencing handling retail theft cases for Chicago, Skokie and DuPage County residents, David L. Freidberg can help. Call 312-560-7100 24 hours a day, seven days a week, to schedule your free initial consultation.