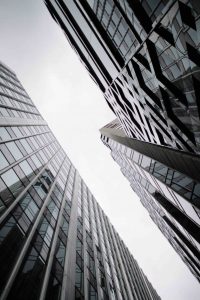 The Incident Was an Accident

Make a Claim of Self-Defense

Another option that you have when trying to defend yourself against involuntary manslaughter charges is to make a claim of self-defense. It is possible that you could be acquitted of the charges levied against you if able to prove that the death of the victim was caused because you were defending yourself during the incident in question. The defendant must be able to prove that he or she truly thought they were in harm’s way and that they were protecting themselves or someone else from imminent danger.

Claiming that you have been falsely accused of the crime that led to someone else’s death and your subsequent involuntary manslaughter charge is another defense option for such a case. Many think that this defense does not work, but there are instances in which it is very successful. For example, maybe the defendant named in the case was simply in the wrong place at the most inopportune time and wound up getting arrested and charged with the crime. Another example is that the defendant was blamed or framed by the person who actually committed the crime.

There is Not Enough Evidence

As with any criminal case, your defense attorney will review all of the evidence the prosecution has collected. Your attorney can make copies of every piece of evidence so that you and the attorney can review it together. After reviewing the evidence with your attorney you can make a determination as to whether or not the prosecution has enough evidence to win its case against you. If you believe that the evidence is not enough to convict you, you could try your luck at a trial, hoping that the jury or the judge see it the same way. You could also make the claim that the evidence was obtained illegally or improperly, which could wind up getting the case dismissed.

Your attorney should investigate the evidence, re-examine the evidence, and examine interviews conducted with witnesses and experts in order to prove to the court that the evidence is not sufficient enough to prove a causal link between the unintended death of the victim and the defendant named in the case.

Schedule an Appointment with an Attorney Today

If you or a loved one has been charged with involuntary manslaughter in Chicago, it is time to speak to an experienced criminal defense attorney. Call the office of David Freidberg at 312-560-7100 today to schedule an appointment about your case. The sooner you begin fighting to protect your rights, the more likely it is that you will be able to mount a strong defense to the charges levied against you in Chicago.